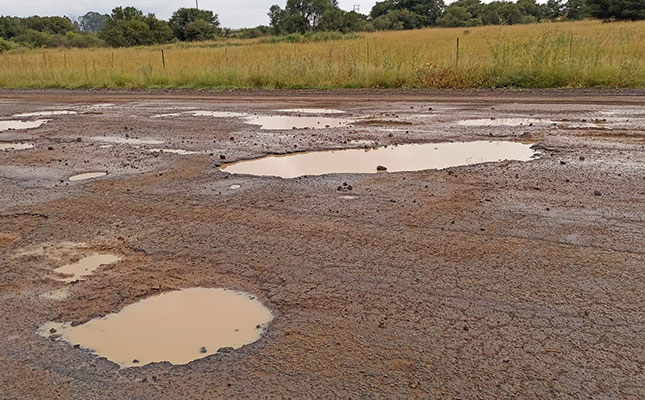 The interlinked problems of poverty, unemployment, and weak economic activity continue to plague rural towns and communities in SA. However, the two industries that could help ease some of these challenges — agriculture and tourism — face various constraints that limit their growth potential.

Beyond the big topics of ambiguous land reform and international trade in the case of agriculture, the everyday challenge for farmers, agribusinesses, and tourism entities is the dire state of local road networks, deteriorating water infrastructure, and high crime levels.

Many people, myself included, have tried to keep this issue at forefront of public policy discourse over the past two years. Food and beverage group Clover’s decision in 2021 to move its cheese production from Lichtenburg in the North West to an existing plant outside Durban in KwaZulu-Natal as a result of ongoing poor service delivery, brought to light the real economic consequences of these challenges. The company had provided more than 400 jobs in Lichtenburg and there were other positive economic spin-offs for the community.

There are other well-publicized cases, including Astral in the Lekwa Municipality, where the poultry-producing company lost millions of rand because of the municipality’s failure to provide reliable supplies of water and electricity. In my home province, the Eastern Cape, dairy-producing organizations such as Amadlelo Agri and others are struggling to move their fresh milk to market because of the dire state of the roads, especially after recent heavy rains. They also face the challenges of poor maintenance of water infrastructure.

In the case of tourism, there have been several recent instances of people canceling trips to Coffee Bay, Centane, and Mbotyi in the Eastern Cape because of the poor state of the roads. The province has one of the country’s highest rates of unemployment and poverty, and one would expect local authorities to pursue any economic opportunity that addresses these hardships. But there is no evidence of any sense of urgency.

Improving those roads would have brought many more holidaymakers to these coastal towns and benefited small businesses. The farmers in the regions would also connect more efficiently with buyers in the cities.

I cannot forget an instance in July 2022 when an elderly woman from one of the villages in Dutywa, a small town in Mbhashe local municipality, called me. She had 300 bags (at 40kg each) of good-quality yellow maize and needed a way to sell it to cover her household needs. I made several calls to potential buyers and found one in Mthatha, a town roughly 86km away. But the transaction never went through after the buyer realized the road to the woman’s village was horrible, and his truck wouldn’t get there easily.

With the loss of potential income, it is difficult to imagine how this elderly woman can continue her farming activities at the scale she did in 2022; not because the weather conditions are not favourable or a lack of knowledge or ability on her part, but because it is impossible to get the product to market.

The department of agriculture, land reform & rural development can do what it will to distribute farming inputs and vouchers for inputs to improve agricultural activity. But its interventions won’t resolve the challenges of poverty, unemployment, and low economic activity if basic infrastructure continues to crumble.

Far too many provincial governments and local municipalities are failing to execute the broad national vision of economic reconstruction and growth because they aren’t doing the basics. That requires intense focus in 2023 to get SA in better shape and ease the economic pain in rural areas.

Agriculture and tourism are the future, but they require supportive infrastructure, especially at the municipal level.