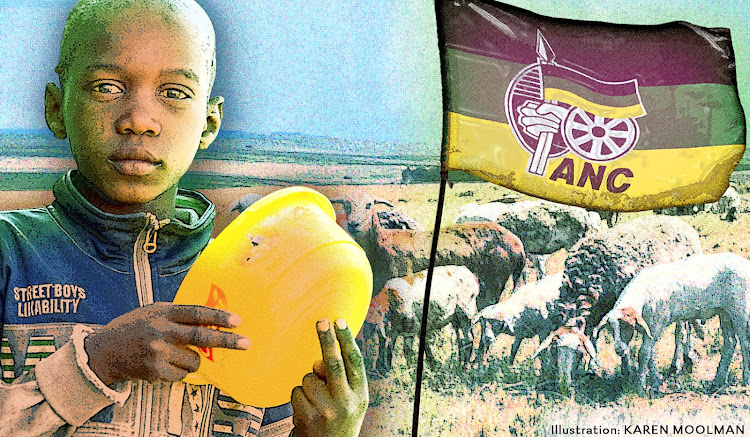 We are a few weeks away from the 55th national conference of the ANC, where new leadership will be elected and resolutions will be adopted on critical policy matters.

It is widely accepted that agriculture is a vital sector of the SA economy, especially the rural economy, as it has the potential to lift many South Africans out of poverty through increased production and rapid, responsible, and effective land reform.

The ANC’s overall position on the agricultural sector gives us much-needed hope that there will be policy certainty and that more investments could flow into this critical sector of the economy. However, in SA good political intentions, speeches and debates do not always translate into favourable outcomes.

Many commentators have been sceptical of the various layers of the government, state-owned entities, and agricultural stakeholders’ ability to translate noble calls about the role of agriculture into meaningful actions and outcomes.

There are aspects of the agricultural value chain ecosystem that threaten the sector’s growth prospects, despite solid growth in 2020 and 2021. Some are external to us, while others have been self-inflicted. These are the issues ANC delegates should debate to find solutions to critical failures and fault lines.

The external factors include:

The domestic (self-inflicted) factors are:

Immediate interventions are required, which have budgetary and non-budgetary dimensions. Broadly, the reforms encompass improved access to agricultural finance, the provision and protection of water supplies, animal health, market access and exporting capabilities, and productivity.

The most interesting and undeniable aspect of these interventions is that all relate to the improvement in delivery by the state of basic regulatory and services that would enable the agricultural sector to grow inclusively.

Fortunately, the ANC has already highlighted the failures in the critical network industries and their negative effect on agriculture. The policy papers of late July stated that “a few critical preconditions need to be in place to advance transformation and support growth in the agricultural sector, which the ANC will prioritise. These include a comprehensive, well-maintained infrastructure, electricity, water, roads, rail and ports, and well-functioning local municipalities with reliable service delivery.”

This was an important acknowledgment that must not remain on the policy conference papers. It must be adopted as a critical resolution in December and provide a mandate to the next administration. For instance, the SA economy is hampered by extreme forms of economic sabotage and vandalism of the network industries that need urgent intervention by our security forces. We need a conference resolution that addresses the issue of organised crime.

A point about agriculture in SA that was not reflected fully in the ANC policy papers is the urgent need to grow our export markets, which underscores the continuous insistence on the need to improve the efficiency of our ports, deal with the destruction of our rail network and improve the quality of our roads.

Aside from the critical agrology-related issues, there are regulatory interventions we have highlighted before that the government must prioritise. Such regulatory interventions include modernising regulations such as the Fertilisers, Farm Feeds, Seeds and Remedies Act of 1947, with which many role players in agriculture continue to express dissatisfaction.

Delaying action to improve the functioning of these areas will compromise the potential productivity growth of the sector, as well as its compliance with international export standards due to issues such as the continued use of banned chemicals in some sectors.

In the context of transforming the agricultural sector and establishing black commercial farmers in SA, access to finance is important. A well-functioning Land Bank would be better positioned to contribute to these activities. That said, the bank’s funding model is highly dependent on debt finance raised in the capital markets. This money is largely borrowed at commercial rates, which makes borrowing costs too high to start farming enterprises.

Land Bank’s funding model therefore requires urgent revision. Beneficial terms were in play when the bank supported commercial white farmers under previous administrations, and the same practice is again essential to build a new cohort of black commercial farmers. The only way this can happen is for the bank to be recapitalised by the state. This can be done quickly by consolidating all agricultural grants housed in various government departments to be used as a capital base for a new and sustainable Land Bank.

Agricultural growth will also be supported by successful land reform. Unfortunately, a lot of time, effort, and budget has been squandered over the years on poorly executed and corrupt land reform processes. Recent reports have again shown how corrupt government officials derailed a noble land reform effort. This evidence confirms the lesson from many land reform programmes in the world: the state is good at buying land but ineffective at redistributing it to the rightful beneficiaries.

This puts the Land Reform & Agricultural Development Agency, announced by President Cyril Ramaphosa in 2021, at the centre of policy to fast-track agricultural land redistribution. The idea of the agency emerged from the realisation that the state should only be the facilitator, promoter, enabler, and monitor of the land redistribution process. It was therefore included in the ANC’s July 2022 policy papers.

The establishment of the agency has the potential to bring about national coordination, reduce red tape and become a one-stop shop for all issues related to land reform and inclusive agricultural growth. Detailed information on this agency is not yet available, but we understand the work to structure it is near completion under the leadership of the agriculture, land reform & rural development minister.

SA’s agricultural sector has significant growth potential, but a supportive and stable policy and regulatory environment are essential to attract long-term investment. Most importantly, there must be an increased focus on improving service delivery at all levels of government.