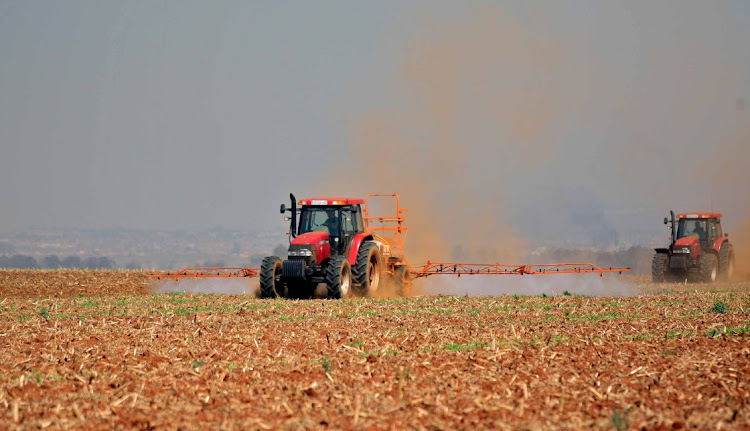 If one drives from the northern regions of South Africa towards the Western Cape via the N1 now, it is easy to notice a stark contrast between the landscapes on either side of the road. On the eastern side farmers will already be tilling the land, while on the western side ploughing does not start before mid-November.

This contrast is a result of regional variation in optimal summer crop planting times. Depending on rainfall, the eastern regions start planting yellow maize and soybeans in mid-October while the western regions, which lag by a month, plant white maize and sunflower seed, among other crops.

South Africa has enjoyed good rains for the past three seasons, which have improved soil moisture and benefited farming communities.

As we start the 2022/23 season, there is optimism this will be another high rainfall season. The South African Weather Service and forecasters from Australia and the US are expecting another La Niña system this season. This means there is an increased possibility of above-normal rainfall this summer.

More positively, the La Niña is expected to be weaker, which means we could receive above-normal rainfall, but not excessive deluges. Excessive rains can do more harm than good by damaging crops and helping the transmission of animal diseases.

The last summer season was one of excessive rains. From October last year to January this year, the central and western parts of South Africa received more rainfall than farmers had bargained for.

Still, the old saying — rain does more good than bad — remained true. South Africa harvested a record soybean crop of 2.2-million tonnes in the 2021/22 production season. The country also had a large maize harvest of 15.3-million tonnes and a good recovery in sunflower seed production. Other crops, fruits and vegetables also benefited from increased soil moisture.

The 2022/23 production season, which started this month, is likely to build on this momentum of large harvests. Farmers are also poised for the start of the new season.

In addition to the weather, other indicators, such as crop prices and sales of tractors and combine harvesters, have remained favourable this year, which are auspicious signs for plantings in the 2022/23 season.

Notably, 2020 was a good year for agricultural machinery sales, which meant last year was exceptional. In 2020, tractor sales were up 9% from 2019. Combine harvester sales increased 29% from 2019.

Machinery sales have risen thanks to farmers being in a better position financially after the sector’s solid performance over the past two years, supported by higher soft commodity prices. Positive sentiment about the upcoming production season has been a catalyst for farmers to increase investment in movable assets such as tractors.

Prices of soft commodities remain attractive, which should incentivise farmers to maintain sizeable plantings this season. For example, on October 11, yellow maize was up 47% y/y at R4,972/t and white maize was up 58% at R5,080/t. On the same day, sunflower seed and soybean spot prices were up 6% and 35% y/y, trading at about R10,860/t and R9,800/t respectively.

We will know what planting intentions are on October 26, when the crop estimates committee is scheduled to release the data.

Broadly, the outlook from analysts is encouraging. In preliminary estimates the Pretoria office of the US department of agriculture forecast South Africa’s 2022/23 maize area at 2.6-million hectares, which is well above the 10-year average of 2.5-million hectares.

The yield estimate is forecast at 5.7t/ha because of the expected favourable weather conditions. This means there is a chance that the maize harvest could be 14.8-million tonnes, which would be slightly below the 2021/22 season harvest. Importantly such a crop would be well above the country’s annual maize consumption of 11.8-million tonnes and would preserve its net maize-exporter status.

My gut feel is farmers will reap a far better crop than this estimate.

Other summer crops such as soybeans, sunflower seed, sorghum, dry beans and various horticultural crops and fruits could also benefit from the forecast good season.

In sum, the higher tractor sales, attractive prices and favourable weather forecasts suggest South Africa could have another favourable agricultural season in 2022/23.

It is still early, and we are waiting for more information, especially weather data, to formulate a firm view. South Africa will need reliable rainfall, but not too much, primarily between now and February next year, for this upcoming season — not only for field crops but also for livestock and horticulture. For now, the indications are encouraging.

Written for and first appeared in the Sunday Times.