What does the recent Russia-Ukraine grain deal mean for Africa? 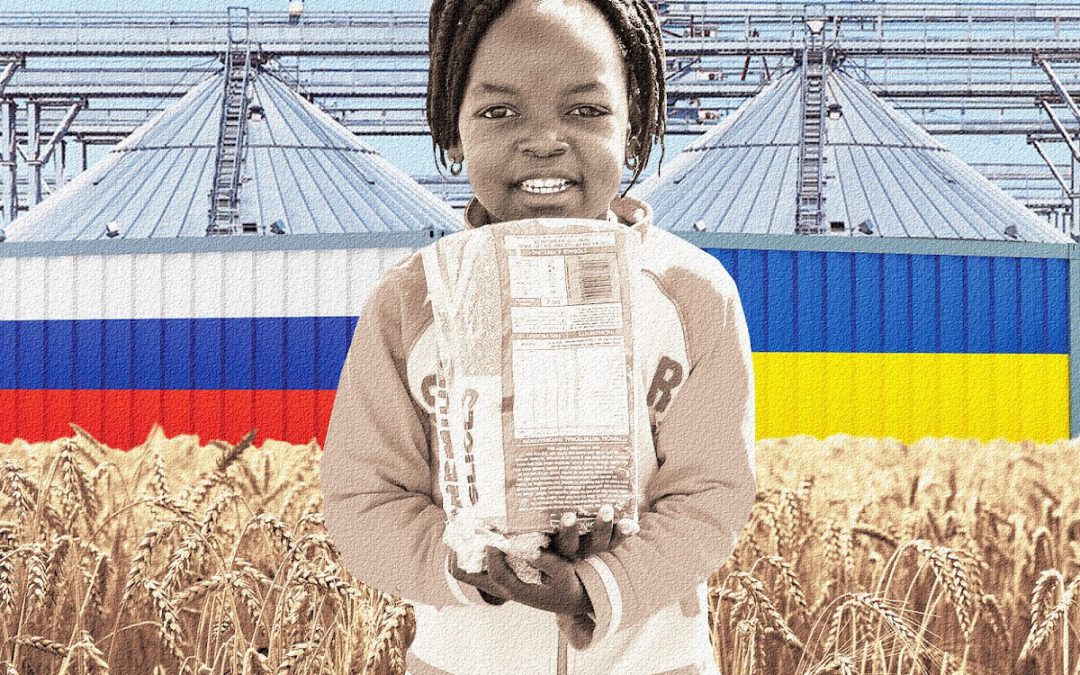 Ukraine has roughly 22 million tonnes of grain (wheat, maize, sunflower seed and other grains) in silos over the past few months, unable to reach the export markets. This was mainly because of the disruptions of the war on infrastructure and the attacks on vessels transporting goods.

This chaos is all about to change now, at least if everything goes smoothly with the recently signed “Russia-Ukraine grain deal”. Russia agreed not to attack grain vessels, which could restore the grain trade in the Black Sea region. The deal was a multinational effort to avert the global food crisis and will likely contribute positively to grain supplies.

The immediate benefit should be through grain prices, which could soften following the agreement, although possibly marginal, as it implies that there will be an increase in supplies available to the world market.

The possible softening of prices will add to an already positive picture of global grain prices, which have come off from the record levels we saw in weeks following Russia’s invasion of Ukraine. For example, the FAO’s Global Food Price Index was down 2% in June 2022 from the previous month, a third monthly decline. Still, this is up 23% y/y, which means that the recent deal and possible resumption of trade would bring much-needed relief to the grains market.

Prices, however, won’t go back to pre-war levels, as there are a range of factors that were already driving agricultural prices up over the past two years. For example, drought in South America, East Africa, and Indonesia and rising demand for grains in China have weighed on global grains supplies these past few seasons and thus, pushed prices up before the war.

Implications of the recent deal for Africa

The possible price decline and increase in supply as a result of this Russia and Ukraine “grain deal” will likely benefit all importing countries and consumers in the medium term. This assumes that shipping lines will start taking orders and moving the grains.

From an African perspective, the continent imports about US$80 billion worth of agricultural products a year, mainly wheat, palm oil and sunflower seed. Therefore, however marginal, a potential decline in the prices of these commodities would be a positive for the importing countries in the continent and African consumers.

Importantly, Africa imports US$4 billion of agricultural products from Russia, 90% of which is wheat and 6% is sunflower seed. The major importing countries are Egypt (50%), followed by Sudan, Nigeria, Tanzania, Algeria, Kenya, and South Africa.

Similarly, Africa imports US$2.9 billion worth of agricultural products from Ukraine. About 48% of this was wheat, 31% maize, and the rest included sunflower oil, barley, and soybeans.

Therefore, a resumption of the trade activity would release about 22 million tonnes of grains out of Ukraine, and indeed, one can assume that Russian orders might also increase. The countries that would most benefit from physical supply in Africa are the ones mentioned above. The softening in prices after this decision would benefit the global consumer.

Also, the World Food Programme will be able to source food for donations in some struggling African regions, such as East Africa, where there is a bad drought and parts of Asia. So, this is overall a good development for consumers, specifically in the poor developing nations.

One can’t miss the Ukrainian farmers who were worried that without resumption of trade, the crop would rot in silos; there will now be some relief and space to store the new season crop.

Still, one will have to be cautious and watch the traffic closely in the Black Sea region and hope that the merchant vessels will find the confidence that the area is indeed safe to resume trade.

*Note to media folks: It’s cool if you republish this text.