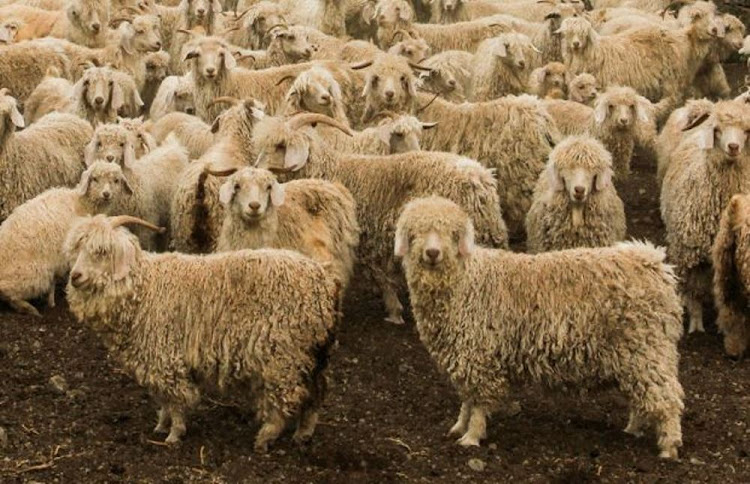 Written for and first published on Business Day

SA’s agricultural industries are increasingly pressured by stringent trade practices in their major export markets. The wool industry, which has been closed off from the Chinese market for nearly four months now, is one example.

China restricted imports from the local wool industry after the outbreak of foot-and-mouth disease, which remains a significant challenge for the sector. This is a major worry because China is SA’s primary wool export market, accounting for roughly 70% of exports in value terms.

Other SA wool industry markets include the Czech Republic, Italy, India, Bulgaria, Germany, the US, Malaysia, Japan and Mexico. But these are relatively small and cannot offset the losses resulting from China’s restrictions. SA clearly needs to forge a unique relationship with China on the wool trade, which can have mechanisms to insulate the industry at such critical times. Such strategic interventions can only occur at the political level.

This is not the first time SA has experienced such a challenge in China. During the 2019 foot-and-mouth disease outbreak China followed similar harsh practices and temporarily suspended SA wool imports. SA’s total wool exports fell 24% year on year in 2019 to $302m, a decline accounted for almost entirely by exports to China, almost a third down from 2018 in both volume and value terms. China’s share of SA’s wool exports fell to the lowest level in nine years at 55% by value.

The wool industry was put under severe financial pressure, and new black farmers, who generally have less of a financial cushion, felt the consequences most severely. Black farmers have a strong presence in this industry. The National Agricultural Marketing Council estimates that black farmers account for 18%, 13% and 34% of wool, mohair and cattle production, respectively.

The present-day ban arrives at an even more economically challenging time. Farming input prices for all agricultural industries are rising. For the livestock subsector and wool industry animal feed prices and all logistics costs are adding to the cost pressures borne by farmers. There are also household financial pressures for small and medium-scale farmers that rely on the proceeds of this industry to sustain families.

Without access to the Chinese market, the wool industry is likely to be under strain for some time. At a national level, this will also show in export earnings. Wool was the eighth most significant agricultural exportable product in 2021, accounting for 3% or $326m of SA’s exports of $12.4bn.

Importantly, in the first quarter of 2022 export activities were still relatively unaffected and so wool maintained a similar ranking in SA’s agricultural exports. The glitches started at the beginning of the second quarter with the foot-and-mouth disease outbreak on a few cattle farms. The episode overlapped with China closing some of its trading hubs due to tough lockdowns to curb the spread of Covid-19, adding to the constraints on SA. China has since reopened its economy, but the import ban means SA’s wool industry is still strained.

The China case is not unique. There are various trade hindrances on major export fronts that present threats to this promising sector. Citrus, which in 2021 was the top exportable agricultural product produced in SA, valued at $1.8bn or 15% of total exports of $12.4bn, is facing severe obstacles in the EU. Europe is SA’s leading citrus export market, alongside the UK. We should therefore be concerned as a country that the recent changes in plant regulations in the EU will probably have a severe effect on SA producers.

As I highlighted in these pages, the EU recently imposed protectionist measures on agriculture by changing its regulations on plant safety for citrus at extremely short notice. The new regulation purports to protect the EU from infestation by the false codling moth by introducing stringent new cold treatment requirements, particularly on citrus imports from Africa. This mainly affects SA, Zimbabwe and Eswatini.

SA has put rigorous measures in place to control the false codling moth, but the EU is still using it as a pretext to restrict citrus imports from Africa. We view this as a cover to protect the EU’s citrus-growing countries, especially Spain, from the competition as it will significantly increase costs for Southern African citrus growers.

The obstacles faced by the SA wool and citrus industries illustrate growing protectionism across the world and a strong need for the SA government to actively assist in preserving these export routes. The threats to agribusinesses are severe, in a country that has flagged agriculture as a critical industry for economic growth and job creation. None of the government’s growth plans in the sector will succeed without political leadership to resolve these challenges.

What should happen next is an urgent meeting of the SA trade and agriculture ministers with industry leaders to consolidate views and form a united SA front, rather than industry and government acting separately.

While preventing the spread of disease is important, the fallout for SA farmers could be so severe that there is an urgent need for a diplomatic or political resolution. Failure to prioritise these issues will be highly detrimental in a country already haunted by high unemployment and low growth.