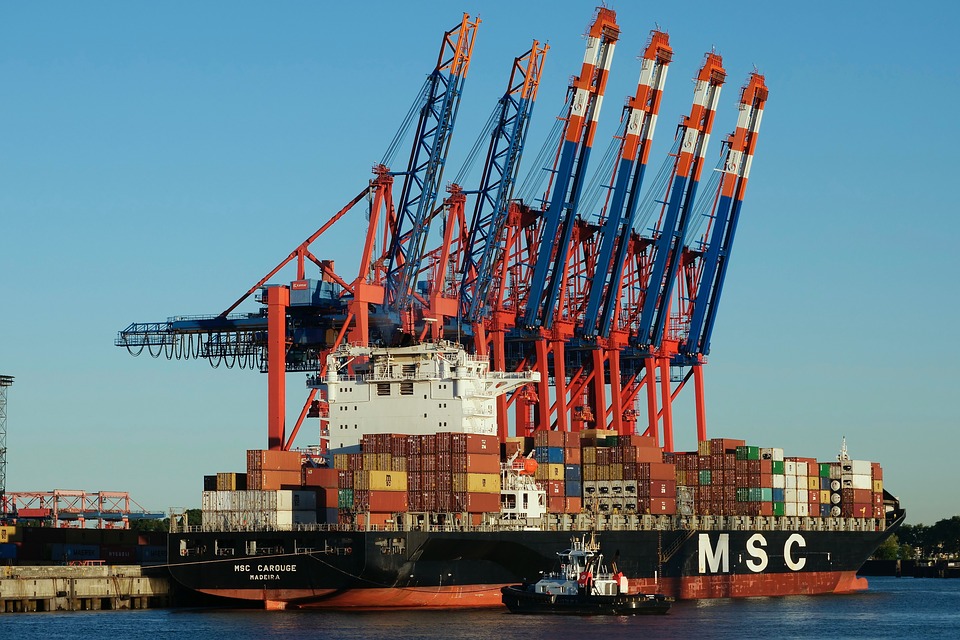 The impact of the recent floods in Durban, which have destroyed the infrastructure and interrupted trade activity, will likely appear in the second quarter trade figures. The first quarter of the year faced similar constraints to the past quarters, such as delays at the ports and rail and deteriorating road infrastructure. This is true for exporting sectors of the economy, including the agricultural sector.

In the first quarter of the year, the approach for agriculture was to engage in more coordination with Transnet, agriculture industry groups, and transport organisations, which helped improve the flow of information about various challenges and functions at the ports. This was specifically true for the port of Cape Town, where there were long delays at the start of the year due to numerous infrastructure constraints and weather-related difficulties.

The primary external event in the first quarter was the invasion of Ukraine by Russia, which disrupted trade with the Black Sea region. For South Africa, this is important, especially for the horticulture subsector. Russia accounts, on average, for 7% of South Africa’s citrus exports in value terms. And it accounts for 12% of South Africa’s apples and pears exports. Hence, we feared that the impact of the war would instantly show in the trade figures.

We now have the trade data for the first quarter of 2022, and positively, exports are up, modestly, by 1% y/y to US$2,96 billion. This is also up by 6% quarter-on-quarter. The top exportable products were grapes, maize, wine, apples and pears, peaches, cherries and apricots, wool, and fruit juices, amongst other products.

I expect some of these products to continue dominating the export list over the remainder of the year, with possible additions being citrus, where harvest activity has recently started, as well as nuts and sugar. The significant factors underpinning this robust export value are the sizeable agricultural output in the 2021/22 production season, combined with general solid global demand, even at higher agricultural commodity prices for maize.

Still, the heavy rains and floods in April in KwaZulu-Natal possibly had a notable impact on trade activity, although the response to rebuild by Transnet and other organizations was speedy. As such, it won’t be surprising to see a possible decline in trade activity in the second quarter, given the importance of the port of Durban for both exports and imports of agricultural products and other goods.

From a destination point of view, the African continent remained the largest market for South Africa’s agricultural exports in the first quarter of this year, accounting for 41% in value terms. The European Union and Asia each accounted for a 24% share of total exports in value terms, respectively. The United Kingdom is one of the most important agricultural markets for South Africa and accounted for 9% of overall exports in the first quarter. The balance of 2% value constitutes the Americas and other regions of the world.

Russia was still a notable export market in the first quarter, accounting for 1% of South Africa’s total agriculture, food and beverages exports and the 21st largest export market. I expect this volume to decline notably in the second quarter data.

Efficient logistics are also vital for imports as South Africa still relies on other countries for crucial food products such as wheat, rice, palm oil, sunflower oil and poultry products. These products dominated the food import bill in the first quarter. Some, such as rice, and palm oil, cannot be sustainably produced at scale in South Africa because of unfavourable climatic conditions. As such, in the first quarter of 2022, agricultural imports increased by 17% y/y to US$1,86 billion.

Aside from the increase in volumes of imports, the higher agricultural commodity prices also contributed to the high import bill. Rice, wheat, and palm oil will likely continue leading the agricultural import product list throughout the year.

In sum, South Africa recorded an agricultural trade surplus of US$1,10 billion in the first quarter of 2022, down by 18% from the corresponding period last year. The narrowing of the trade surplus is not only caused by modest exports, as we noted above, but rather the increase in imports value and the higher commodity prices.

Overall, the increased collaboration amongst industry stakeholders and service providers has helped sustain the agricultural trade in the past quarter. The same collaborative approach should be maintained in searching for and promoting South African agriculture, food, and beverages to new export markets.

South Africa is an export-oriented sector, where roughly half of the produce, in value terms, is exported. Therefore, an industry and government approach to promoting South African products in export markets is key. The agriculture and agribusiness role players have already identified the countries the government should prioritise this sector’s export expansion. These are China, Japan, India, Saudi Arabia and Bangladesh.

These efforts should be well sequenced and complement the ongoing attempts to boost domestic production through various interventions outlined in the recently launched Agriculture and Agro-processing Master Plan.