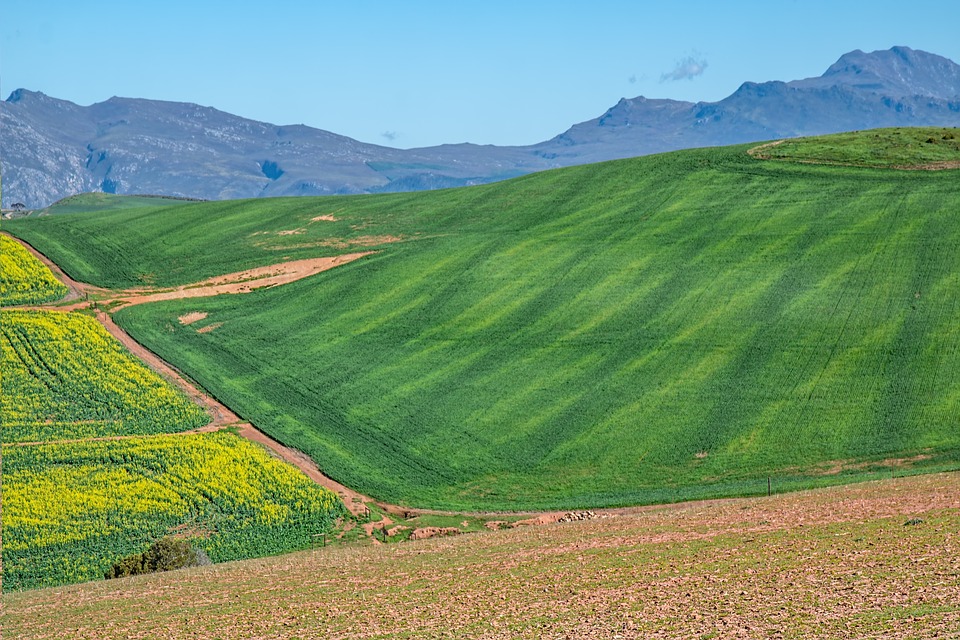 Written for and first published in The Conversation.

The latest policy discussion document published by the African National Congress (ANC) presents a positive change from the ambiguous agriculture policy the South African governing party has maintained in the recent past. The latest document talks about the primary issues that, if implemented relentlessly, would drive the sector’s growth in ways that would benefit all.

The policy document is set for debate at the ANC’s policy conference in July, which is a precursor to the party’s elective conference scheduled for December this year.

The previous policy documents were clouded by the proposals to amend the constitution to allow for the expropriation of land without compensation under specific circumstances. Beyond the push for radical land reform, there was an inadequate reflection on the drivers of growth in the agricultural economy, and the importance of food security. The recently released document has a sharp focus on the key interventions to drive the agricultural and rural economy. It highlights the sector’s role in job creation and reducing poverty.

The ANC acknowledges that:

agriculture remains an important sector of the South African economy. It holds the potential to uplift many poor South Africans out of poverty through increased food production, vibrant economic activity, and job creation.

The policy discussion document draws from the insights of a 2018 collection of studies which found that, on average, growth in agriculture is more poverty-reducing than an equivalent amount of growth outside agriculture. This brings home the need to invest and expand agricultural production. That is if South Africa is to reduce poverty and raise its economic growth rate and the rate of development, specifically in the rural communities.

Overall, my assessment is that the idea presented by these discussion papers on agriculture, land reform and rural development are sound. They also speak to the core issues that have held back the growth of agriculture in South Africa.

That said, once these ideas have been adopted as the governing party’s policy positions, they still need to be translated into government policy. There’s a risk they may be diluted along the way. A lot also will depend on how well the government is able to implement the proposals.

The ANC acknowledges that the growth of the agricultural sector partly depends on effective land reform which includes bringing into production underutilised land. Such land is mainly in the state-owned farmlands and the former homelands in the provinces of the Eastern Cape, KwaZulu-Natal and Limpopo. The weak land governance, infrastructure and institutions in these areas are amongst the key constraints to agricultural progress.

The ANC now places emphasis on the Land Reform and Agricultural Development Agency, first announced by President Cyril Ramaphosa in 2020 and more recently in the State of the Nation Address in 2022. The agency would ideally focus on the redistribution pillar of the land reform programme. The other pillars are land restitution and tenure. The agency would bring about national coordination, reduce red tape, and become a one-stop-shop for issues related to a decentralised redistribution of agricultural land.

Details of how the agency will function haven’t yet been set out. The minister of agriculture, land reform and rural development, Thoko Didiza, is expected to announce these before the end of June 2022.

Municipalities provide services such as water and sanitation, electricity, roads and technological infrastructure. These are fundamental for the functioning of the agribusinesses and agriculture at large. Some agribusinesses have now resorted to using their own funds to provide these services. These are resources which would have ideally been used to support new entrant black farmers and agribusinesses.

If these challenges could be addressed, along with the release of state land to properly selected beneficiaries, South Africa could achieve improvements in agricultural production and job creation.

The discussion papers also focus on rural development, acknowledging its multi-dimensional nature. Rural development encompasses better infrastructure such as roads, water and electricity, and the building of schools and health facilities.

Here again, the challenge of deteriorating infrastructure remains a major hindrance. If improved, along with municipality governance and service delivery, South Africa would achieve a vibrant rural economy.

The one glaring omission in the documents is the idea on “land donations”, which was floated in the media in April 2022. But it was first proposed by the Presidential Advisory Panel Report on South Africa’s Land Reform and Agriculture. Land donations would be an additional instrument to accelerate land reform.

The potential land donors would include churches, mining houses, and big farming businesses. The state would provide incentives or nudges for such a programme. This would help increase the land supply for the redistribution pillar of land reform.

Perhaps, the Land Reform and Agricultural Development Agency will incorporate land donations as one of its instruments.

What’s to be avoided

The discussion documents will no doubt be revised by the ANC’s policy conference. One hopes that their thoughtful approach to agriculture, land reform and rural development will not be diluted.

This is especially because the dilution of the policy proposals might affect existing government approaches to agriculture and agribusiness. The Agriculture and Agro-processing Master Plan and the budget vote speech have acknowledged the sector’s contribution to economic growth, job creation, and the potential for its further expansion.