Rebuilding of KZN infrastructure should be a springboard for growth

by Wandile Sihlobo | May 2, 2022 | Agricultural Environment and Natural Resource | 0 comments 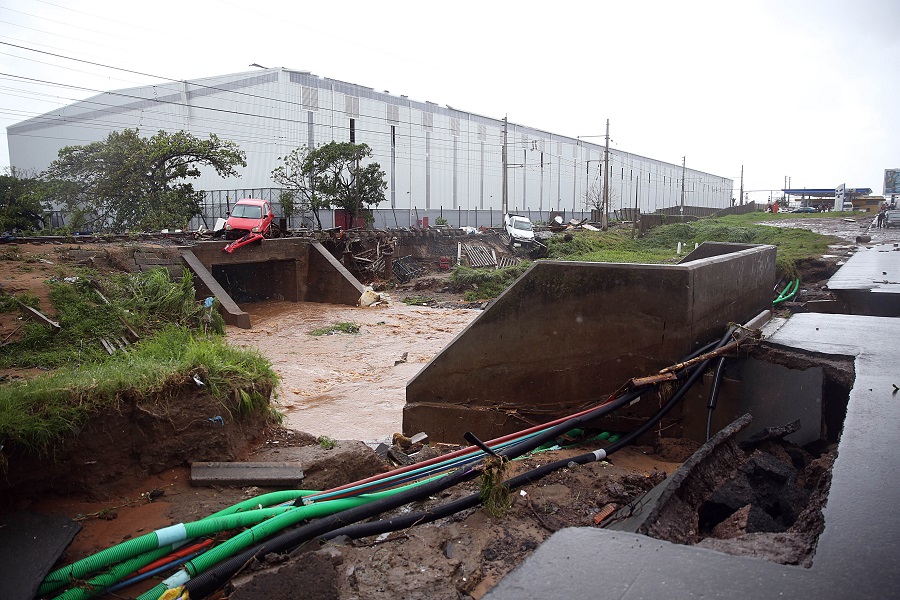 KwaZulu-Natal is a major agricultural province with significant production of various products such as sugar cane, fruit, dairy, and poultry. Roughly 30% of SA’s dairy herd is there, along with 12% of the country’s chicken, eggs and pigs. Almost 81% of the country’s sugar is produced in the province. The province is also a major producer of macadamia, among other fruits.

These industries were not spared from damage by recent floods. The SA Cane Growers Association indicates a substantial area where fields were destroyed and require a total replant. There was also extensive damage to on-farm infrastructure, which, combined with field damage, brought the total financial losses in the province’s sugar cane industry to an estimated R222m. The survey of the full damage is still underway, which means that this figure could be adjusted in the coming days.

The preliminary assessment of the macadamia plantations suggests that the damage is not as severe as in sugar cane farming. The monetary losses will be apparent in the coming days. The replanting process will be costly, especially when fertiliser prices are generally higher due to the Russia-Ukraine war and pre-existing output constraints in the major fertiliser producing countries, such as China and Canada, among others. Notably, the grains and oilseeds fields in KwaZulu-Natal also suffered, leading to delays in the harvest process. We, however, doubt that this will cause a notable change in the national grains and oilseeds production estimates as the province is not a significant producer.

In addition to the farm-level challenges, the province’s infrastructure is significantly destroyed — roads, bridges, ports, railway lines and warehouses, among others. These losses have a major cost on the quality of life in the province and business. For the agriculture and agribusinesses sector that rely on roads and rail to export products through the Port of Durban and transport products from KwaZulu-Natal to other provinces, the infrastructure damage will be a major challenge.

Over the past couple of days, the logistics groupings, Transnet, and the government have made commendable progress in reopening the Port of Durban and fixing the damaged infrastructure for business to continue. At the end of this past week, the port was fully operational, according to communication from public enterprises minister Pravin Gordhan.

From now on, the rebuilding process of KwaZulu-Natal centres on the need for investment in the network industries, specifically the road, rail, electricity, water and telecommunications infrastructure. These are also areas that challenge other provinces of the country, though to a lesser extent than KwaZulu-Natal, where the damage is severe. The heavy rains since the start of the 2021/2022 summer season worsened the damage to infrastructure in SA, and the small towns where maintenance has always been poor are in an even worse position. Small towns and rural municipalities are also often plagued by poor service delivery and nonperforming municipalities, complicating the recovery process.

For agriculture, the focus on the network industries is also at the heart of the expansion and growth of the rural economy. The investment by agribusinesses into agricultural value chains and linkages of small or emerging farmers or new-entrant and commercial farmers into markets require functional road networks and water infrastructure. Thus, the department of agriculture, land reform & rural development should nudge other line departments such as Public Enterprises, National Treasury and others towards increasing the focus and spending on the network industries and municipalities’ performance.

Resolving these aspects would have positive spin-offs to the agricultural sector and unlock production expansion and job creation. Therefore, the recovery process of KwaZulu-Natal should send a message across the country on the prioritisation of improving essential infrastructure. The agricultural sector won’t be the only beneficiary. The manufacturing industry, mining, tourism and automobile are among the industries that benefit from improved basic infrastructure in SA.