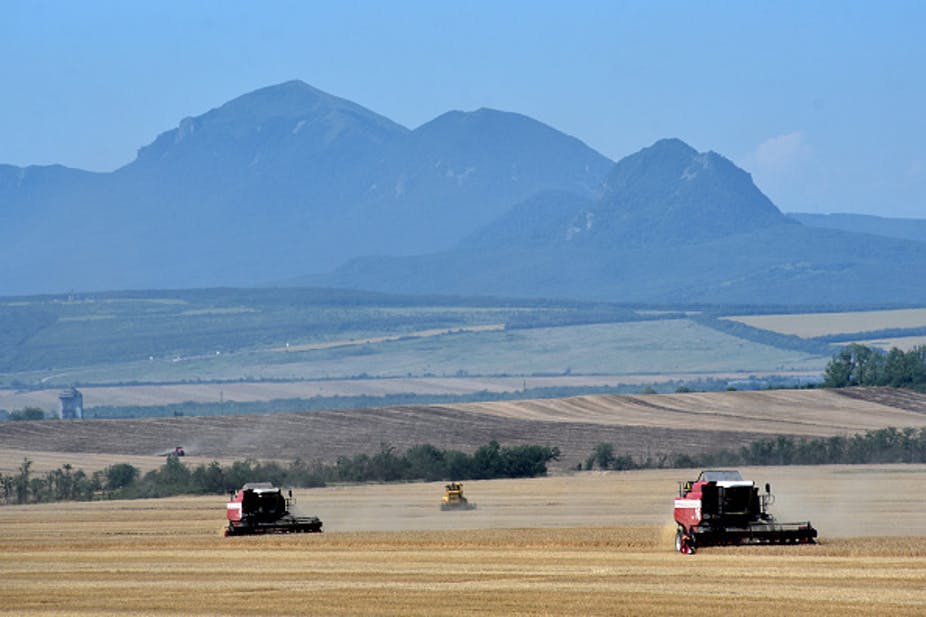 Written for and first appeared in The Conversation.

No man qualifies as a statesman who is entirely ignorant of the problems of wheat. The words of the ancient Greek philosopher, Socrates.

Wheat and other grains are back at the heart of geopolitics following Russia’s invasion of Ukraine. Both countries play a major role in the global agricultural market. African leaders must pay attention.

There is significant agricultural trade between countries on the continent and Russia and Ukraine. African countries imported agricultural products worth US$4 billion from Russia in 2020. About 90% of this was wheat, and 6% was sunflower oil. Major importing countries were Egypt, which accounted for nearly half of the imports, followed by Sudan, Nigeria, Tanzania, Algeria, Kenya and South Africa.

Similarly, Ukraine exported US$2.9 billion worth of agricultural products to the African continent in 2020. About 48% of this was wheat, 31% maize, and the rest included sunflower oil, barley, and soybeans.

Russia and Ukraine are substantial players in the global commodities market. Russia produces about 10% of global wheat while Ukraine accounts for 4%. Combined, this is nearly the size of the European Union’s total wheat production. The wheat is for domestic consumption and export markets. Together the two countries account for a quarter of global wheat exports. In 2020 Russia accounted for 18%, and Ukraine 8%.

Russia’s military action has caused panic among some analysts. The fear is that intensifying conflict could disrupt trade with significant consequences for global food stability.

I share these concerns, particularly the consequences of big rises in the price of global grains and oilseed. They have been among the key drivers of global food price rises since 2020. This has been primarily because of dry weather conditions in South America and Indonesia that resulted in poor harvests combined with rising demand in China and India.

Disruption in trade, because of the invasion, in the significant producing region of the Black Sea would add to elevated global agricultural commodity prices – with potential knock-on effects for global food prices. A rise in commodities prices was already evident just days into the conflict.

This is a concern for the African continent, which is a net importer of wheat and sunflower oil. On top of this, there are worries about drought in some regions of the continent. Disruption to shipments of commodities would add to the general worries of food price inflation in a region that’s an importer of wheat.

The scale of the potential upswing in the global grains and oilseed prices will depend on the magnitude of disruption and the length of time that trade will be affected.

For now, this can be viewed as an upside risk to global agricultural commodity prices, which are already elevated. In January 2022, the FAO Food Price Index averaged 136 points up by 1% from December 2021 – its highest since April 2011.

In the days ahead of Russia’s move, there was a spike in the international prices of a number of commodities. These included maize (21%), wheat (35%), soybeans (20%), and sunflower oil (11%) compared to the corresponding period a year ago. This is noteworthy as 2021 prices were already elevated.

From an African agriculture perspective, the impact of the war will be felt in the near term through the global agriculture commodity prices channel.

A rise in prices will be beneficial for farmers. For grain and oilseed farmers, the surge in prices presents an opportunity for financial gains. This will be particularly welcome given higher fertiliser costs which have strained farmers’ finances.

The Russia-Ukraine conflict also comes at a time when the drought in South America and rising demand for grains and oilseeds in India and China has put pressure on prices.

But rising commodity prices are bad news for consumers who have already experienced food price rises over the past two years.

The Russia-Ukraine conflict means that pressure on prices will persist. The two countries are major contributors to global grain supplies. The impact on prices from developments affecting their output cannot be understated.

But from Africa’s perspective, Russia and Ukraine’s agricultural imports from the continent are marginal – averaging only US$1,6 billion in the past three years. The dominant products are fruits, tobacco, coffee, and beverages in both countries.

Every agricultural role-player is keeping an eye on the developments in the Black Sea region. The impact will be felt in other regions, such as the Middle East and Asia, which also import a substantial volume of grains and oilseeds from Ukraine and Russia. They too will be directly affected by the disruption in trade.

There is still a lot that’s not known about the geopolitical challenges that lie ahead. But for African countries, there are reasons to be worried given their dependency on grains imports. In the near term, countries are likely to see the impact through a surge in prices, rather than an actual shortage of the commodities. Other wheat exporting countries such as Canada, Australia and the US stand to benefit from any potential near term surge in demand.

Ultimately, the goal should be to deescalate the conflict. Russia and Ukraine are deeply embedded in the world’s agricultural and food markets. This is not only through supplies but also through agricultural inputs such as oil and fertiliser.