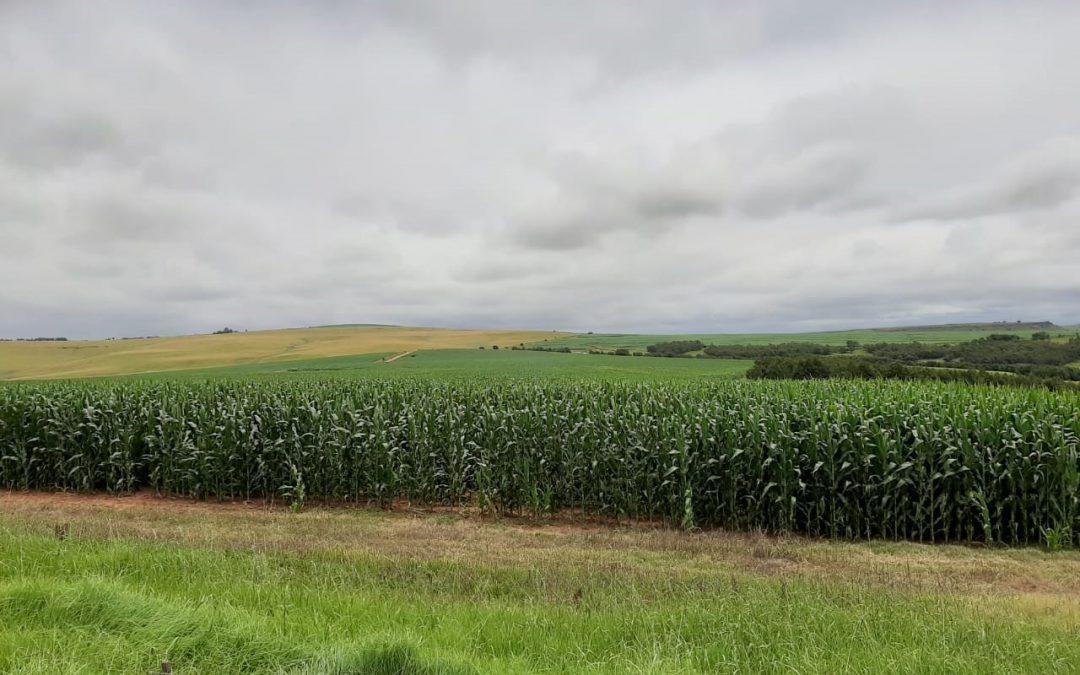 Written for and first appeared on Business Day, 18 January 2022

We are in a La Niña cycle — SA has been receiving above-normal rainfall since October 2021. The SA Weather Service estimates that the heavy rains could continue through to March. This is the third consecutive season of above-normal rains. The agricultural sector has benefited greatly in the past seasons with crop production improving notably, especially in the 2020/2021 production season.

However, I worry that the current, 2021/2022 production season could bring a lower harvest than the previous one. Several farmers have reported patches of crop damage and delays in planting, specifically in regions of North West and Free State, both of which are pillars of SA’s grain and oilseed production.

We will know the actual area farmers planted when the crop estimates committee releases its first planting estimates on January 27. The optimism when the season started, when farmers indicated that they intended to lift the summer crop area planting by 3% from the 2020/2021 production season, to 4.34-million hectares, has waned. I suspect the estimate will be far less than this figure.

Still, I am not suggesting that we should panic and that SA’s agriculture is in crisis; far from it. There are areas where crops are in good condition. When I travelled across SA in December, as I narrated the trip in this column, I saw welcoming green and lush vegetation, from the country’s northern regions down to the coastal areas. This reflected the generally excellent condition of crops, forestry, fruit fields and grazing pastures. But the 2021/2022 summer crop production season will probably not be a bonanza like the previous one.

The weather challenge is not limited to SA; the broader Southern and East African regions have their fair share of obstacles to overcome. It was dry within the wider Southern Africa region at the start of the season, delaying planting in some countries.

Ordinarily, La Niña should have brought much rain across the region. But this year there has been variation. Zimbabwean farmers said in a phone call last week they were worried that due to the late plantings they will receive much lower yields than the bumper crop of 2020/2021. Still, as in SA, it is not a crisis.

In the event of higher rainfall in the coming months in the broader region, crop damage would be a significant risk. We have already seen incidences of such rains in the Hwange district in the Matabeleland North province of Zimbabwe and Handeni in the Tanga region of Tanzania, with severe flood damage. For much of Southern Africa outside SA, where smallholder farming is a dominant feature, the destruction of crops by heavy rains would be disastrous as many farmers would struggle to replant since they lack crop insurance.

Fortunately, this is not the current reality of the region. But the same cannot be said for the eastern Horn of Africa. Unlike Southern Africa, where the La Niña phenomenon typically brings above-normal rainfall, the eastern Horn of Africa usually experiences drought. There are already media reports warning of a potential increase in hunger in Ethiopia, Kenya and Somalia. The political conflict in this region also tends to worsen its climate vulnerabilities.

Agricultural activity and food security are likely to present mixed fortunes for the Southern and East Africa regions. Southern Africa will probably be on the more fortunate side because of higher rainfall (even though levels vary across countries). The eastern Horn of Africa could have a poor crop harvest. Ultimately, the governments of the eastern Horn of Africa countries and NGOs focused on food security should be prepared to assist when this situation comes to a head, probably later this year.