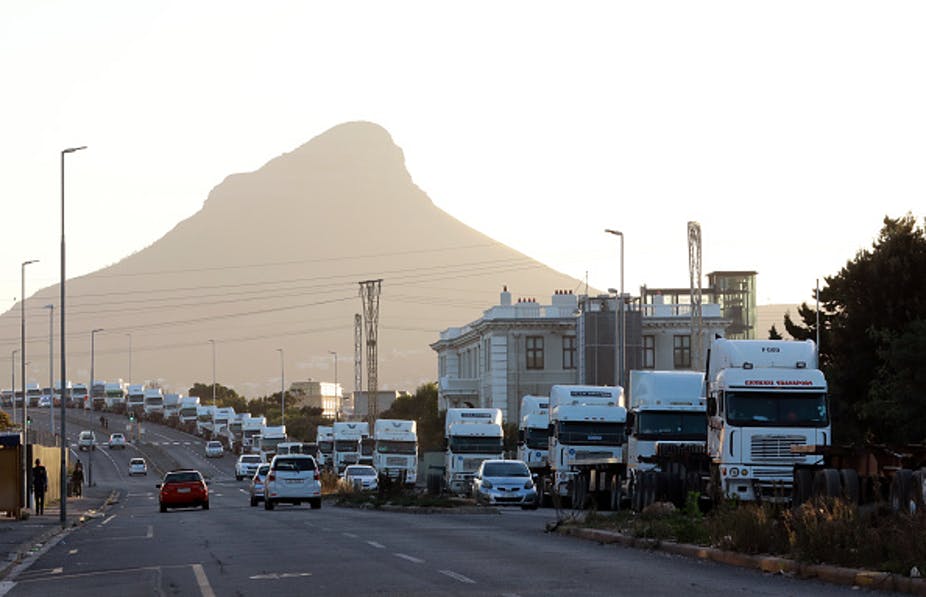 For most agricultural subsectors, South Africa is emerging from one of the best years. The 2020/21 season saw bumper harvests for grains, oilseeds and some fruits. These boosted export earnings and improved farm incomes, especially for grains where the large harvest coincided with higher crop prices.

When it started the current season, 2021/22, promised to be exceptional. But the continuation of the heavy rains has proved to be a challenge for various regions, causing crop damage and delaying planting. The heavy rains of the new year are La Niña induced and follow another year of higher-than-average moisture. Various crop surveys have indicated a potential decline in harvests in 2021/22 as a result.

The year ahead could therefore be financially costly for the farming community if crop damage proves to be extensive. The devastation being caused is another reminder that climate change is driving unpredictable weather patterns.

Beyond the vagaries of the weather and the impact on crops, the year ahead offers a range of promising developments, as well as escalating difficulties if problems aren’t addressed.

On the upside is the imminent launch of an Agriculture and Agro-processing Master Plan, along with a possible launch of the Land Reform Agency.

Both initiatives will require private sector participation to succeed. So far, the drafting process of the master plan has been done collaboratively with all social partners (business, labour, community and government). This cooperation will need to extend into practical implementation. The Land Reform Agency will also require private sector support, especially when it has been established and starts operating.

On the downside, the first dark cloud on the horizon for the sector is the poor state of local municipalities. Continued deterioration will have devastating knock-on effects.

It could stymie the master plan rollout efforts, and presents a risk to the agribusinesses, broader agriculture and other sectors of the economy. The same is true for the logistics infrastructure, particularly rail, which is under attack, putting at risk export-oriented sectors such as agriculture.

The primary focus for the sector in 2021 was the Agriculture and Agro-processing Master Plan. This is a social compact programme that aims to expand agricultural production, broaden the inclusion of black farmers and boost the sector’s competitiveness. This is likely to be launched in the first half of this year. Implementation success will rest on the buy-in of all social partners.

So far the plan has been discussed primarily at a national level. But implementation will be at the provincial and municipality level. The priority for the government should be to ensure that local structures have a solid understanding of the division of responsibilities.

The land reform debate will remain part of the policy discussion this year. First, the Land Reform and Agricultural Development Agency, which President Cyril Ramaphosa first mentioned in his 2021 state of the nation address, could be launched within the first half of the year. This agency’s focus will likely be land redistribution. This is another crucial area that requires private sector collaboration.

Secondly, the governing African National Congress (ANC) will have its policy conference this year. One of the contentious issues that emerged from the last conference was the adoption of a policy resolution of expropriation of land without compensation, with specific qualifications, such as ensuring that the policy doesn’t negatively affect the economy and food security at implementation.

This policy failed to get support in the National Assembly in December 2021. In my view, this was a favourable outcome. Nevertheless, the ANC is likely to revisit the issue. The result of the policy conference is therefore worth watching as it will have implications for the agriculture sector and agribusinesses.

South Africa’s municipalities have become increasingly dysfunctional. This is adding to the cost burden for agribusiness in some towns where farmers have assumed public responsibilities such as road maintenance and water supply.

The improvement of local governance will be a key area to watch. It dovetails with the poor roads infrastructure, which is an additional cost burden for agribusinesses, as some commodities are heavily reliant on roads. Consider the grains and oilseeds industry. In this subsector, roughly 80% of the produce is transported by road.

Functioning infrastructure and efficient logistics is key to the country’s ambition to open export markets to countries such as China, India, Bangladesh, Japan, and Saudi Arabia, among others. In the past year, the government has had success with pears being sold into China, but the goal is to reach wider access for a range of products.

This will require fixing the country’s logistics challenges, specifically the rail and port efficiencies. Here government could increase the security focus given the vandalisation of rail infrastructure. This could involve an increase in the deployment of police and crime intelligence personnel.

When it comes to port facilities, the state utility Transnet has signalled its openness to discuss collaboration with business. This is a welcome development. South African ports’ efficiency has regressed. World Bank research lists South African ports among the least efficient in a ranking of 351.

Other areas of capacity also need to be addressed. For example, media reports suggest that the Onderstepoort Biological Products, a South African state-owned animal vaccine manufacturing company, is hopelessly inefficient. This is a major risk given that the institution is responsible for the production of livestock vaccines. It’s therefore critical to the sustainability of South Africa’s vibrant livestock industry.

The goal should be to reestablish its capacity and invest in infrastructure improvement.

Another institutional reform issue that matters enormously across the agricultural sector is the Land and Agricultural Development Bank of South Africa (Land Bank). A new board has been put in place to stabilise the institution following its liquidity challenges. The bank remains one of the pillars of South Africa’s agricultural economy and should be playing a key role in providing finance to the sector, thus supporting transformation and sustainability.

Strong institutional capabilities will be needed even more acutely as the agricultural sector adjusts to a new set of regulations under the European Green Deal. The European Union’s new “Farm to Fork strategy” is designed to ensure that agriculture, fisheries, and the entire food system effectively contribute to reducing greenhouse gas emissions.

The consequence for South African farmers is that it will result in additional compliance costs that will likely negate the benefits of existing preferential trade arrangements.

I wrote this essay for The Conversation.