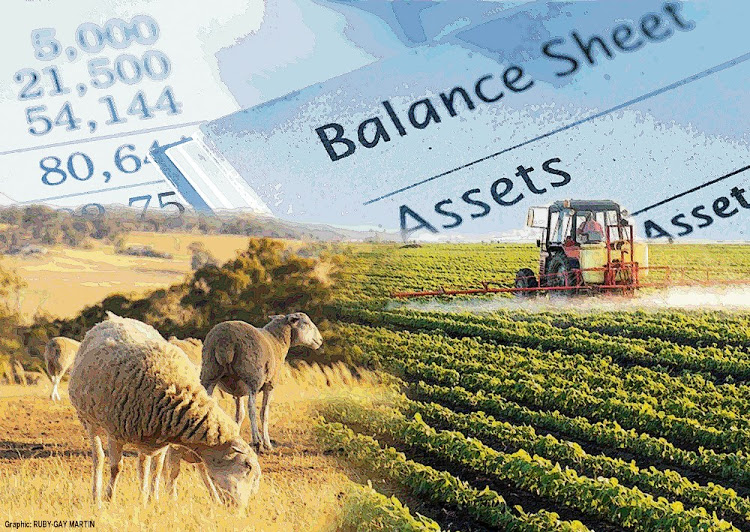 At the start of every agricultural production season, one of the major concerns for farmers is weather conditions over the course of the season and how these will affect yield. But for the 2021/22 season, another important concern that has been on farmers’ radars since the start of the season has been the rising input costs, which is the prices of fertilizers and agrochemicals.

As I have recently indicated in these pages, these input products prices are largely driven by supply constraints in key fertilizer-producing countries such as China, India, the US, Russia and Canada. Rising shipping costs, oil and gas prices have also been contributing factors, with firmer global demand from an expanding agricultural sector.

However, another essential dynamic in the global agricultural market, which plays an offsetting role to some degree, is the sustained higher commodity prices. There are unique price-driving factors for each crop, but broadly, the growing demand for grains and oilseeds in China, poor crop yields in South America in the 2020/21 production season, and higher shipping costs have been the primary price drivers.

Many analysts, including myself, had thought higher agricultural commodity prices would be temporary. The producers in the Northern Hemisphere, who incurred high input costs, will somewhat be cushioned by the current commodity prices, which will help overshadow some of the costs. Still, margins will be squeezed compared with the 2020/21 production season in the major agricultural commodities.

The Southern Hemisphere farmers are also counting on commodities prices remaining elevated for some time as they have also incurred higher input costs. We believe this is likely to be the case, although prices could fall mildly from 2021 levels. With that said, we doubt that agricultural commodities prices would fall to levels seen in 2019 in the near term. While the early production estimates point to some upside compared with 2020/21, prices have not declined notably on the back of these upbeat expectations.

On 04 November 2021, the Food and Agriculture Organization of the United Nations (FAO) reported that its Global Food Price Index lifted by 3% in October from the previous month (up 31% from October 2020), and stood at its highest level since July 2011.

The primary food products driving the most recent increase in the FAO’s Global Food Price Index were grains and vegetable oils. In grains, wheat, barley and maize were the lead products on price increases of the past few months because of rising demand and relatively lower supplies from Russia, the US, Canada and Australia. These increases come despite the International Grains Council’s forecast that the overall global wheat production could increase by 1% from the 2020/21 season, as we have previously stated. The global barley production is expected to fall by 8% y/y to 147 million tonnes in the 2021/22 production season. There are expectations of poor yields across major producing countries, including Russia, the EU region, Canada, Australia, Kazakhstan, the US, the UK, and Turkey. Consequently, the International Grains Council forecasts a 22% decline in barley’s 2021/22 global ending stocks.

We are in a La Niña weather event, which typically brings dryness to these regions. The current production estimates by the International Grains Council points to an increase in maize production in Brazil (up 35% y/y) and Argentina (up 5% y/y). Still, if dryness is intense due to the La Niña weather event, these estimates could be revised down, which will have implications on the global maize supplies, and in turn, prices.

In vegetable oil prices, the FAO’s subindex for these products is at an all-time high, increasing by 10% month-on-month in October. The products that underpinned the price increases are palm oil, soybeans, sunflower seed and canola. The persistent concerns about labour shortages in Malaysia’s palm fields have brought some anxiety in the market, leading to an increase in global palm oil prices. Additionally, the growing global demand for vegetable oils has also been a key driver of prices these past few months. China and India are amongst the leading buyers of oils.

The ongoing global supply chains glitches and higher shipping costs are amongst the factors that have helped to sustain the agricultural commodity prices at the current higher levels. These remain essential matters to monitor going forward, in addition to how the La Niña weather event impacts South American and East Africa’s agriculture production. While the discussion was centred on grains and vegetable oils, these dynamics exist across the agriculture commodities market, as the weather impact will influence agriculture events the same way.

In essence, farmers have incurred inputs at higher prices. Still, the higher commodities prices, which will likely prevail for some time, bring some slight financial cushion as opposed to years where we have seen drastic falls in prices when there are forecasts of harvest improvements.