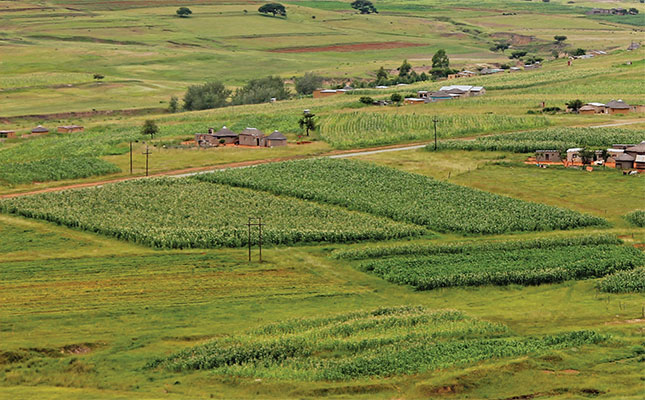 South Africa’s agriculture sector has been the mainstay of economic growth even at the height of Covid-19. Its underbelly, however, is its dualism and lack of inclusiveness. The former homelands are left behind. They occupy the periphery of agricultural progress.

This reality hits you when you drive from the southern parts of KwaZulu-Natal to the northern parts of the former Transkei. The more established commercial farming parts in some regions of KwaZulu-Natal blossom with green pastures and bountiful crop farming. In contrast, the parts that fell under the homeland system are fallow even though they are sitting on arable land and a potential source of wealth.

The government’s interventions to prioritise agriculture in the past two decades have not led to meaningful improvement of the agricultural economy in the former homelands, more pointedly in the Eastern Cape’s Transkei region. Take the case of what was once a jewel of tea production in the Pondoland, the Magwa Tea. This is a shadow of its former self and is the only primary agricultural entity in the poor town of Lusikisiki. Magwa Tea has for years now been battling with poor management and plunder of resources. Stories of workers who go for months without receiving their wages are not uncommon, which shows the callousness of authorities.

Whenever I drive across Flagstaff, Lusikisiki, and Port Saint Johns I cannot escape the searing images of neglect of agriculture, which stand in stark contrast to Premier Oscar Mabuyane’s rhetoric, who often trumpets agriculture as the cornerstone of his provincial growth strategy. The reality tells a different story – that of neglect, lack of serious commitment to rural development, and failure to hold those who undermine his strategy to account.

The traditional leaders who wield significant influence in villages also bear significant responsibility for neglecting agriculture. For many of us who hail from these regions, promoting the province as the future agriculture economy of the country is a hard sell. Magwa Tea, for example, should have diversified from tea production towards high value and labour-intensive horticulture, acting as a hub for job creation and rural economic development. Breakthrough development in horticulture would put the province on the international map.

The province has a vehicle for rural and agricultural development in the Eastern Cape Rural Development Agency. Still, this entity operates in isolation when it can do more if it works with agribusinesses with a track record in managing agricultural production.

The Eastern Cape can draw lessons from provinces such as the Western Cape, Mpumalanga, and Limpopo, thriving commercial agriculture and supporting institutions. The production activities in these areas have buoyed growth in South Africa’s agriculture and sustained local economies.

There is growing evidence that the Eastern Cape’s farmer support programme is inefficient. A critical study was published in the Agrekon, an academic journal, in 2019 by the University of Fort Hare’s agricultural economist, professor Michael Aliber, argued that the Eastern Cape’s government “is stuck in a vicious cycle whereby it seeks to placate expectant small-scale farmers with material support, which it can most effectively do via problematic group projects; although generally ineffective, the practice has the effect of maintaining widespread demand for such support, even to the point that small-scale farmers form group projects for the sole purpose of attracting it.”

Simply put, the support programme, while inefficient, also encouraged dependency. Aliber further argued in the same paper that supporting individual farmers with rather soft loans would be more effective.

The government needs to focus its attention on supporting the new crop of commercial black farmers, which would be anchors of agricultural development in the former Transkei. Government support measures must be better coordinated and focused on supporting individual commercial farmers rather than spreading thin resources on numerous subsistence farmers that lack scale.

The “better few, but better” approach should be a mantra in supporting farming businesses in the Eastern Cape, and this is the only way the country will have a class of thriving black commercial farmers with a higher multiplier effect for the development of related sectors in storage, processing, and retail.