BOOK REVIEW: Why do South Africans appreciate cattle farming so much? 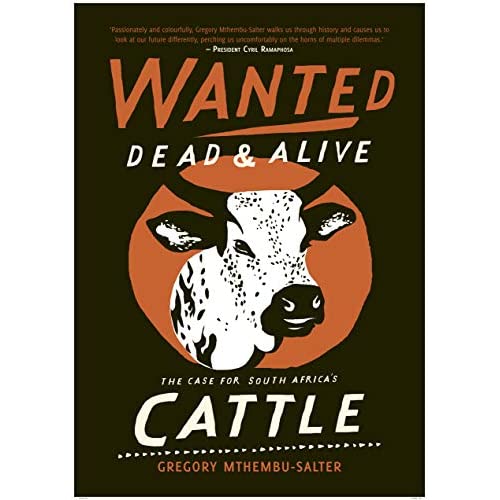 Agricultural books are not widely available in popular bookstores in South Africa. And even when they are available, they tend to be written in a style that is not accessible to non-experts in the field. Such challenges usually mean that the literature is restricted to academics and practitioners in the agriculture sector alone. While it could be argued that this is not a phenomenon unique to agriculture, the conditions are different, especially if we take a South African perspective. Agriculture is one of the sectors in which the South African government aims to increase the participation of black people, and also to ensure that farming of all kinds will assist to revitalise the rural economy and create jobs.

The dearth of accessible agricultural books is what makes Gregory Mthembu-Salter’s new book, Wanted: Dead & Alive: The Case for South Africa’s Cattle, so important. Mthembu-Salter takes the reader on a historical, social, economic and cultural journey around cattle in South Africa. Mthembu-Salter is neither farmer nor an animal scientist, but he does a brilliant job in narrating cattle farming in this book. Born in the United Kingdom and a South African immigrant in the 1990s, as a researcher and journalist, his curiosity about the value (not merely in economic terms) of cattle can be traced to his lobola negotiation days, and through various cultural activities that followed after his marriage.

Upon appreciating how valuable cattle were in African culture, Mthembu-Salter took it upon himself to trace the history of cattle in South Africa, going back to the Khoekhoen era in the 1400s. He begins by walking the reader through this historical journey, relating how European explorers in 1488 first encountered the Khoekhoen and their cattle, moving on to colonial times when black South Africans experienced massive losses of cattle through wars and diseases, until our democratic era in which cattle are part of modern farming in South Africa.

The second chapter is particularly important to readers with an interest in understanding the cultural relationship that South African black families have with cattle. Mthembu-Salter captures this vividly through observations of various events he attended in the process of his research. He describes, in the smallest of details, how meat is served at cultural gatherings, and what specific pieces are reserved for the elders.

This is an extract of a book review I wrote for the South African Journal of Science. You can read the full article by clicking here (open access).