Most food-insecure SA provinces have vast tracts of underutilised land, which could be a priority for agricultural expansion 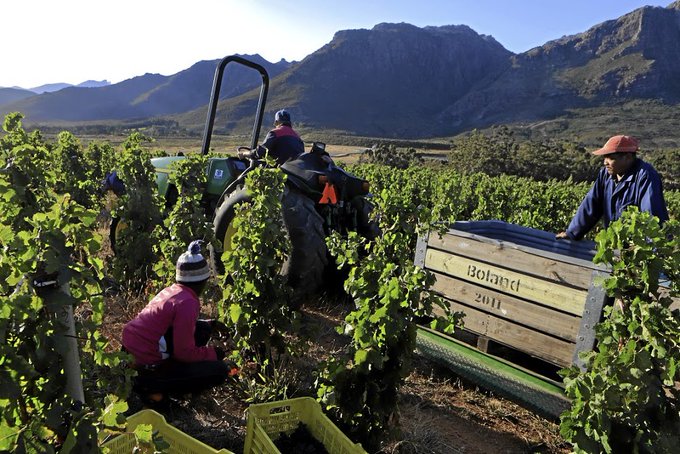 Global agricultural indices typically have to contend with several challenges in the quest to provide a valuable measure of any particular subject. Data consistency in quality, coverage, frequency and reliability across all countries is one of them, as are the weightings and ranking. The compilers of an index have to give thorough consideration to these because they can be subjective.

I was reminded of these points by professor Johann Kirsten of Stellenbosch University when we looked at the Global Food Security Index (GFSI) recently released by Corteva and the Economist Intelligence Unit.

The index showed that SA’s ranking in terms of food security has dropped to 69th place out of 113 countries from 44th in 2019. On the face of it, this is worrying. Still, when one looks more closely, it becomes clear that SA is not doing as badly as the headline ranking suggests. In this case, SA’s score dropped just 1.4 points from the previous year’s number of 59.2. Other countries meanwhile improved notably, resulting in the alarming drop in SA’s ranking. The index is based on four significant sub-indices: food affordability; food availability; food quality and safety; and natural resources and resilience.

Affordability and availability have a higher weighting for a combined two-thirds (each 32.4%). It is not clear how the larger weighting of these two sub-indices was allocated, which brings us back to the issue of subjectivity.

Nevertheless, in 2020, SA experienced a sharp deterioration in the food affordability sub-index (a 5.5-point drop), while all other sub-indices improved marginally. Notably, the major challenge was an overall increase in food prices and a deterioration in SA’s food safety-net programmes.

The food affordability results in the index is not far out of alignment with what Stats SA and other local researchers have observed in various surveys. For example, the third wave of the National Income Dynamics Study — Coronavirus Rapid Mobile Survey published last month also pointed to a rise in hunger in 2020.

Moreover, SA’s overall food price inflation also started rising in the last quarter of 2020, averaging 5.8% year on year, from an average of 4.3% in the first three quarters of the year. This challenge speaks to the rising costs of food in an environment where more people are out of work. The general increase in SA’s food prices in late 2020 was mainly underpinned by increases in staple grain prices.

The deterioration in food security was not an issue of availability because the sub-index of availability showed an improvement, reflecting higher agricultural output in 2020. The driving factor behind grain price increases was, to no small degree, the strong demand for South African grains and other agricultural products in Southern Africa and the broader global market.

This global demand phenomenon is illustrated by agricultural exports, which reached the second-highest level ever — $10.2bn (about R150bn) — in 2020. The weaker rand was among the factors increasing the competitiveness of SA’s products in the global market.

For context, the headline decline in SA’s ranking in the GFSI now suggests that Morocco, Algeria, Tunisia and Egypt are the most food-secure countries in Africa, with SA trailing them, though it has the highest ranking in Sub-Saharan Africa. Within the Brics (Brazil, Russia, India, China and SA) group, SA is two positions ahead of India, 18 positions behind Brazil, 29 places behind China and 44 behind Russia.

While I note the technical issues of this index, I think the picture or message is that SA will need to continue with its efforts of improving food security through expansion in agricultural production and job creation in various sectors of the economy. The food security interventions need to be more focused on household level and multiple communities, especially in the Eastern Cape, KwaZulu-Natal and Limpopo, which have higher levels of poverty.

The interventions could include encouraging smallholder farming. In areas where land availability and environmental conditions permit, commercial production and other programmes that improve employment prospects should be encouraged and supported by the government, NGOs and social partners.

As the eminent economist Amartya Sen once argued, much of the issue of food insecurity is an “acquirement” problem. So, the fact that unemployment and poverty are so high is not necessarily the fault of agriculture and food systems. Rather, it is a broader economic and socioeconomic challenge, with rising unemployment in SA.

In terms of agriculture, most food-insecure provinces also have vast tracts of underutilised land. These provinces should be a priority in the agriculture and agro-processing master plan. With a commercial focus where conditions permit, agriculture improvement would help job creation and, ultimately, household food security.

This essay first appeared in the Sunday Times on March 14, 2021.