Zimbabwe has not had a good maize production season since 2018/19. Since then, the country has had to import nearly a million tonnes of maize each marketing year to meet its domestic annual requirements.

The 2020/21 production season started on a sound footing for most Southern African countries, with forecasts of favourable rainfall that should support plantings. Unfortunately, this will still not suffice to take Zimbabwe close to self-sufficiency as was the case in the 2018/19 maize production season.

The preliminary estimates from the United States Department of Agriculture (USDA) and the International Grains Council (IGC) showed that Zimbabwe’s 2020/21 maize production could amount to 908 000 tonnes. Admittedly, this is 17% higher than the previous season’s harvest impacted by dryness at its commencement. Nevertheless, the uptick in the area planted was not much of a deviation from long-term average planting.

The government of Zimbabwe estimated the country’s 2020/21 maize plantings at 1,40 million hectares, which is roughly in line with the ten-year average area for the country. A potential maize harvest of 908 000 tonnes would mean that average yields are expected to improve to 0,65 tonnes per hectare in the 2020/21 production season.

These estimates were released at the start of January 2021, before the heavy rainfall-induced by Cyclone Eloise. We know from the preliminary reports that Masvingo, Manicaland and Matebeleland provinces covering the south-eastern parts of Zimbabwe have been the most affected by the cyclone’s heavy rains (see red-coloured parts in Exhibit 1 below). 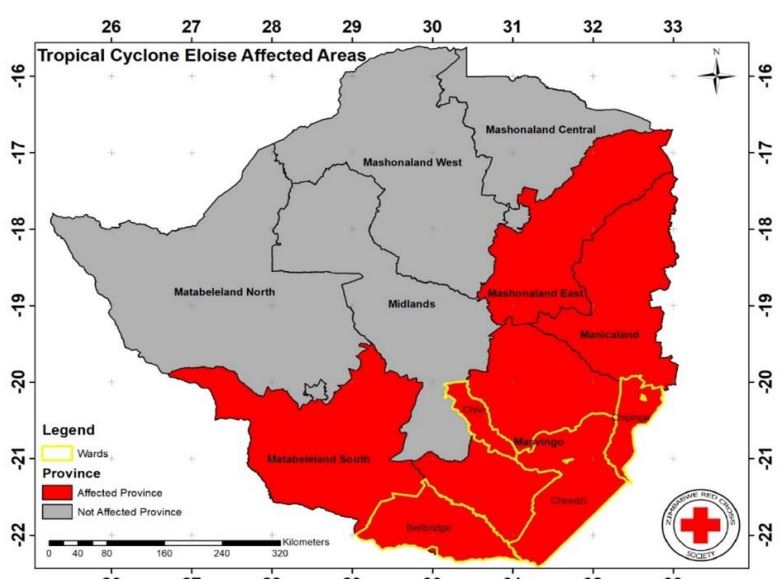 While the cyclone’s actual impact on maize production is yet to be announced by the Zimbabwean authorities, the provinces affected by the cyclone’s heavy rainfall are mainly not the primary producers (see Exhibit 2 below).

Even if the 908 000 tonnes estimate materializes, and maize production ticks up to a million tonnes, Zimbabwe would still need to supplement production with imports as its annual consumption is roughly 1,8 – 2,0 million tonnes.

In the current 2020/21 marketing year, Zimbabwe has required a million tonnes to meet its annual maize needs.  This increased demand along with the relatively weaker rand-dollar exchange rate and higher global maize prices added support to the South African maize prices.

We started this year with a view that the Southern African maize import requirements would be muted somewhat, because of the potential increase in various countries’ domestic production. But the damages caused by the cyclone have thrown a spanner in the works of this view.

We are now at a point of uncertainty about the cyclone’s impact in Zimbabwe and to regional maize production in countries such as Malawi and Mozambique. Some clarity on these questions will enable us to revisit the views we expressed about the South African maize price outlook and implications thereof on food price inflation.

Importantly, these are preliminary views based on the USDA and IGC data, the insight from the analysts on the ground suggest that the crop in Zimbabwe is in much better shape. I will continue to monitor Zimbabwe’s situation and update the views as more information and data become available. 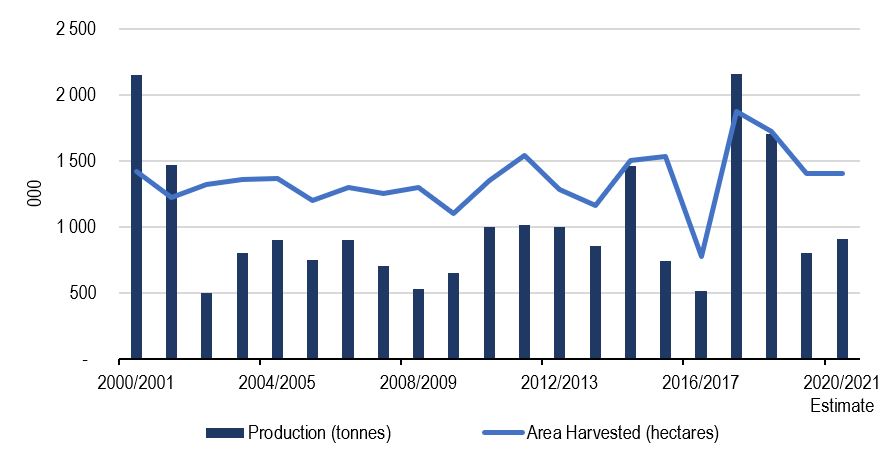