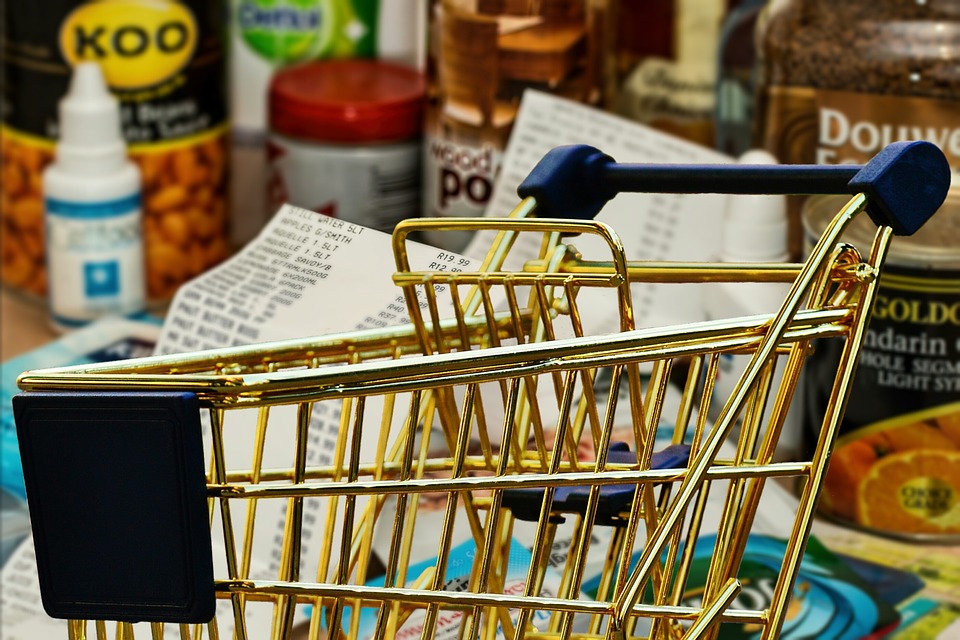 The higher grain prices and a decline in cattle slaughtering activity over the past few months have started to transmit into the prices of products consumers pay when doing their groceries.

The drivers of the increase in the headline food price inflation in the last quarter of the year were primarily the bread and cereals; meat; fish; milk, eggs and cheese; and oils and fats.

In the case of “bread and cereals” – which consists mainly of essential products and with a weighting of 21% in the food basket — the underpinning driver of acceleration in price inflation is the higher grains prices. While South Africa had its second-largest grains harvest in history in 2019/20 production season, and ordinarily, one would have expected prices to soften, we have in fact experienced the opposite. Grains prices remained elevated on the back of strong demand for South African maize across the rest of the Southern Africa region and the Far East markets. The weaker domestic currency also added to the price increase, along with spillovers from higher global grains prices. The global grains market was primarily driven by the growing demand for grains in China. But most recently, La Nina induced dryness in parts of Argentina and Brazil continues to support prices.

Meat, which is also an essential product in the food basket, with a 35% weighting, saw prices increasing due to various factors. Chief amongst them was the progressive decline in slaughtering numbers towards the end of 2020. In October 2020, sheep and cattle slaughtering was down by 22% y/y and 2% y/y, respectively.

For milk products price, the was also a seasonality factor; whereas the fats and oil prices were, in part, underpinned by the weaker domestic currency. South Africa remains a net importer of vegetable oils.

Now, this is all history, and the critical question is whether this upward swing on food prices could form a prolonged trend for much of this year? I don’t think so.

First, while La Nina causes dryness in South America (with a negative impact on crops), Southern Africa is the opposite. We have been receiving higher-than-usual rainfall which has boosted crop conditions, not only here in South Africa but across the Southern Africa region. This means that there are expectations of a good harvest in Southern Africa.

Under this scenario, and improved crop harvest across Southern Africa, we could see the demand that existed in 2019/20 crop declining, thus taking some pressure off domestic crop prices. All else being equal, I think South Africa’s grains prices could soften from around end of February this year, from the current highs of over R3 500 per tonne.

On meat, slaughtering could slightly improve this year and the base effects on poultry meats, which increased in 2020 partly as a result of an import tariff hike, could also bode well for food price inflation

However, I am less optimistic about fats; the relatively weaker domestic currency and elevated global vegetable oil could mean that oils and fats price inflation could be slightly elevated for some time.

In terms of fruits and vegetables, the good rains across the country could boost supplies and keep prices broadly steady. 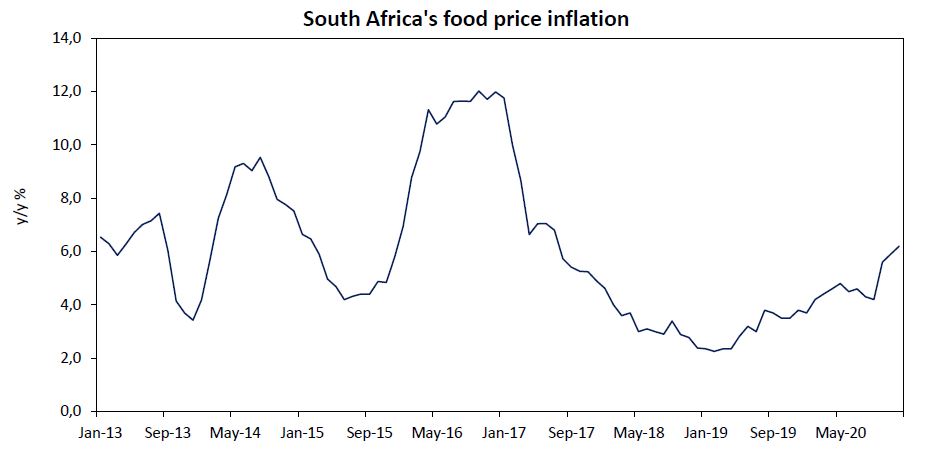