South Africa could have the largest wheat harvest in 19-years

The rainfall of the past couple of months in the Western Cape and generally improved moisture levels in other winter crop growing areas of South Africa has led to the further upward revision of the harvest estimate.

Nevertheless, the increase in production will have minimal impact on commodity prices, specifically wheat, of which South Africa is a net importer. And thus, wheat prices largely depend on developments in the global market, along with domestic currency movements.

Having said that, while South Africa will remain a net importer, the volume will fall notably compared to the previous year. The most recent estimates from the South African Grain and Oilseeds Supply and Demand Estimates Committee suggest that wheat imports could fall by 18% y/y to 1.54 million tonnes, which bodes well for agricultural trade balance. Meanwhile, the recovery in barley production will see South Africa being a net exporter. Canola and oats will mainly be for domestic consumption. 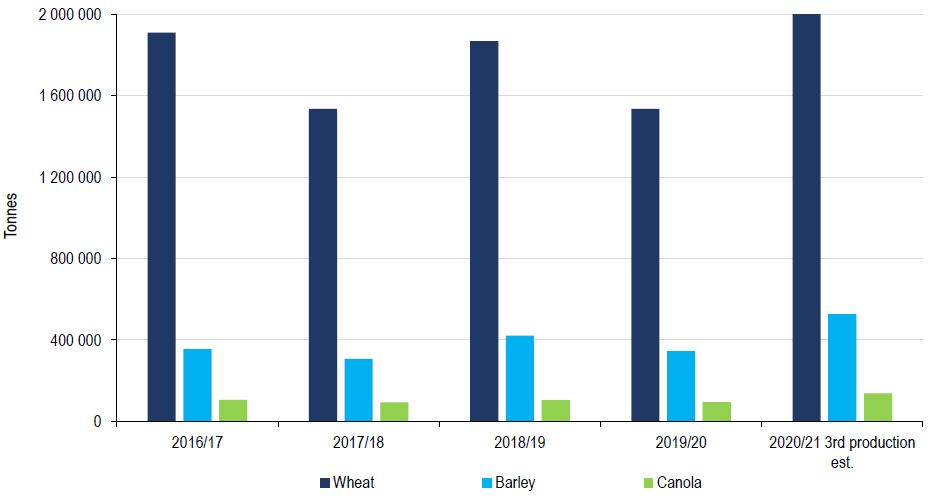