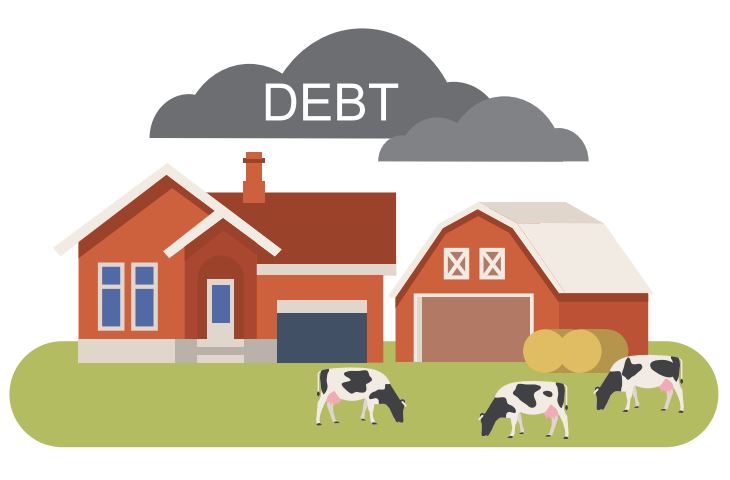 South Africa’s 2020 large agricultural output, coupled with higher commodity prices which were precipitated by the weaker domestic currency, further linked with growing global demand, improved farmers’ finances somewhat. The benefits of this improvement were also observed through robust agricultural machinery sales, with the tractors sales for the first nine months of this year up slightly from the corresponding period in 2019.

Yet, the challenge of growing farm debt in the sector persists as it will not be solved by one good harvest like the one, we recently recorded, which was preceded by years of poor output in various provinces of the country.

In 2019, South Africa’s agricultural debt was at a record R187 billion, which was a nearly three-fold increase since 2010, according to data from the Department of Agriculture, Land Reform and Rural Development. About 29% of this farm debt was held by the Land Bank, 61% by the commercial banks, and the balance spread between agricultural cooperatives, private persons and other institutions. The escalation of debt, particularly in more recent years, was because of both the expansion in area farmed, specifically in horticulture and to some extent, the financial pressure brought by frequent droughts, which have limited agricultural output on various farms over the recent past.

The levels of farm debt as a percentage of the agricultural gross value added are not at higher levels as that we had seen prior-1994, currently at 64% compared to levels around 80% then. Still, there are growing concerns amongst various farmers that we interact with that access to credit in 2020/21 production season is proving to be a challenge. This is a case, despite the large harvest of the 2019/20 season that we have previously mentioned. It appears that the liquidity constraints that are currently facing the Land Bank, coupled with general uncertainty brought by the pandemic have made various financial institutions more risk-averse.

There is anecdotal evidence from various farmer organizations and agribusinesses that previously worked closely with the Land Bank on providing finance to the sector who are now worried about the 2020/21 season. Land Bank’s involvement in South Africa’s agricultural sector is through various direct and indirect financial services dedicated to supporting both on and off-farm agricultural activities and businesses including input provision, land purchase, production, distribution, wholesale, processing and marketing.

The spillovers of the current liquidity challenge are particularly important as the planting season began this month and farmers currently need to acquire production inputs and various agricultural implements. While the scale of the problem on the farming sector is unclear at this point about the upcoming season, the growing concerns from various interactions have introduced additional risks to the 2020/21 production season.

In essence, while I have previously outlined an optimistic view about the 2020/21 season because of attractive higher commodity prices, and favourable weather outlook with La Nina forecasts on the horizon; the access to production finance in the sector is now increasingly becoming a concern for farmers. The solution to this will begin by first addressing the liquidity challenges at the Land Bank, a responsibility which largely falls on the hands of the government, primarily the National Treasury and the Department of Agriculture, Land Reform and Rural Development, as the Bank’s Act mandates.

With that said, I am not necessarily saying the sector is in financial crisis, rather signalling growing risks to the 2020/21 production season, which need close attention and monitoring. We will be listening closely when the Finance Minister releases the Medium-Term Budget Policy Statement on 28 October for any messaging related to the Land Bank challenges.

Agriculture is one of the sectors that the South African government has highlighted as having a potential for expansion/growth and job creation, the realization of such potential depends on also solving the current impending financial challenges. A swift response to the current challenges will also how the seriousness of the aforementioned importance of this sector for growth and job creation, specifically in the rural economy.

I won’t venture into sharing opinions on how the mechanics of the resolution should be as that is best suited for those with intimate information on the Bank’s operation and interlinkages to agribusinesses. The purpose of this essay is merely to flag the financing constraints as an additional risk to production in the 2020/21 season.

Note: Featured Picture is from RBNZ.