Remembering Dr Vuyo Mahlati and her contribution to SA’s agriculture 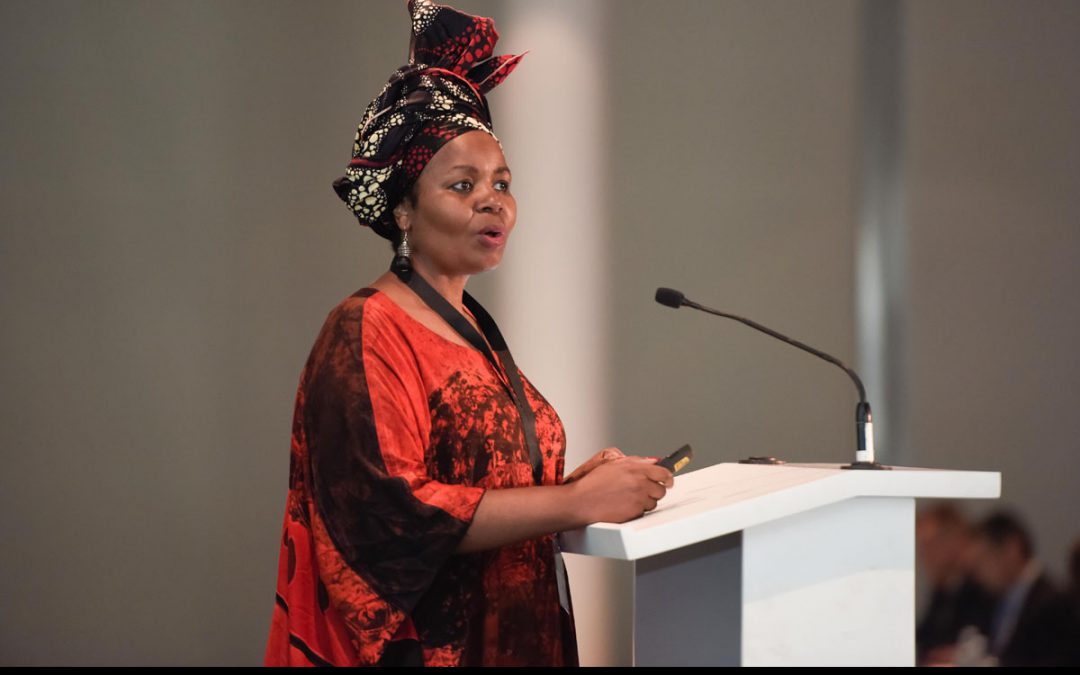 Agriculture has, for a long time, been dominated by men, from leadership positions to primary workers, where only a third of the labour force are women. Similar, black farmers in staple commodities such as maize, wheat and even including citrus and potatoes constitute about 10% of the commercial production outputs combined. This makes the death of Dr Vuyo Mahlati such a heavy loss to the country. She was a fearless champion of transformation, a scholar, and government advisor.

Dr Mahlati gave so much of her life in trying to improve the lives of all South Africans. She fought for the prosperity of all, and to make the agricultural sector more inclusive, both in terms of race and gender.

Educated at the London School of Economics and Stellenbosch University, Dr Mahlati hailed from the Eastern Cape where she founded one of Africa’s first indigenous wool processing plants in a small town of Butterworth. The agricultural and development passion that many witnessed at the national level was rooted in real work she did at the grassroots in the Eastern Cape.

Amongst many responsibilities, Dr Mahlati was the president of the African Farmers Association of SA (AFASA), a member of South Africa’s National Planning Commission and also chaired the Presidential Advisory Panel on Land Reform and Agriculture (Panel). It is on Panel that I had an opportunity to work with her closely for many challenging days and nights from 2018 until we delivered the final report on this emotional and important policy question to the President and Cabinet towards the end of 2019.

During challenging debates about the concept of “expropriation without compensation” where various Panel members had contrasting views, she managed to pull us all together, in spite of all our divergent views.  During various colloquiums where the Panel sought public views on land reform, emotive debates would erupt in break out sessions but Dr Mahlati always found a way of making sure that everyone’s views were heard and considered in the thinking of land reform matters. More importantly, her deep insights on the history and economic development, combined with a passion and practical insights about farming and rural development were critical in providing guidance to the Panel.

Through her role as President of AFASA, Dr Mahlati always advanced Black farmers interests in various government and industry policy and programme discussions. Her latest contribution was on the Agriculture and Agribusiness Sector Mast Plan which is currently being developed as part of efforts to foster inclusive growth and job creation in agriculture.

In addition to this considerable body of policy work, Dr Mahlati did not just inspire young black women, but also all of us, and made us realise that we too have a major role and contribution to make in the advancement of South Africa’s agricultural and agribusiness sectors. Such inspired young farmers and agriculturalists were also present at the AFASA’s annual Yong Farmers Conference.

Dr Mahlati leaves us at a time when land reform is again emerging to national newspapers headlines following the government’s announcement to release state land for farming and the publication of the expropriation bill. While many may have differed at the time with some of her ideas, one thing we can all agree on is that there is still a need for transformation in South Africa’s agricultural sector, from both racial and gender basis. Dr Mahlati’s work through various policy structures has paved a way for such a transformation to happen. The Panel’s report on Land Reform and Agriculture will be her lasting legacy, and her untimely death behoves the government to implement workable solutions in advancing inclusive growth. We hope that her vision of having an equal society will be realized. And in that spirit, the best way to remember sis’Vuyo would be through advancing the rural development work that she dedicated many years of her life in.

Wandile Sihlobo, an agricultural economist, is a former colleague of Dr Vuyo Mahlati at the Presidential Advisory Panel on Land Reform and Agriculture. This tribute first appeared on Business Day on 13 October 2020.