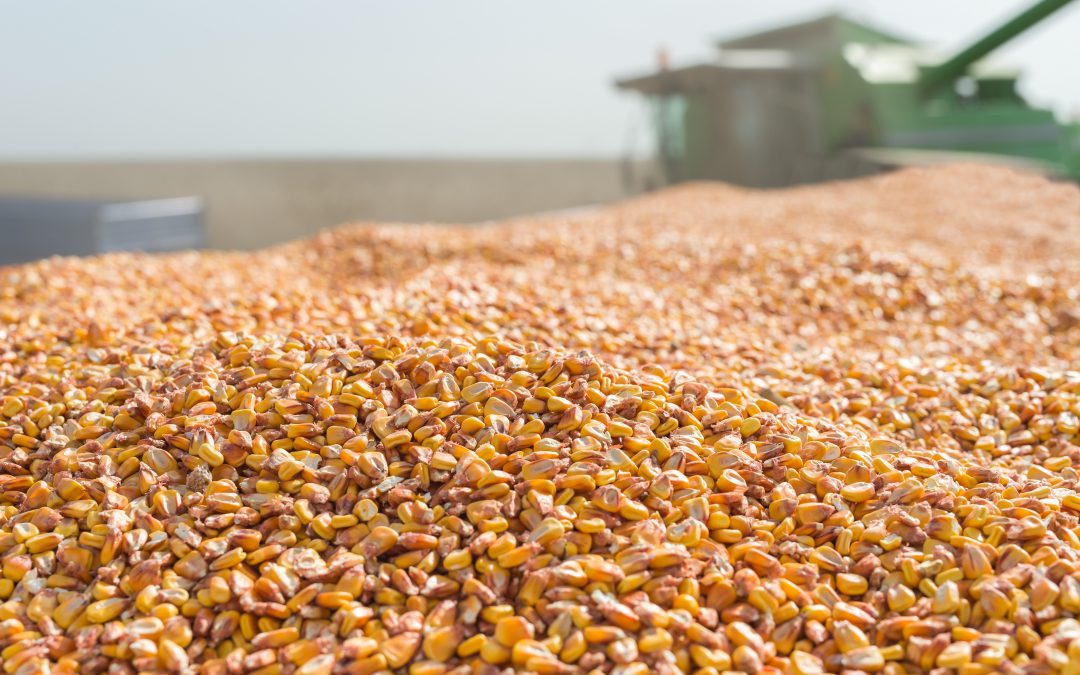 My aim in this morning’s blog post is to provide an update of South Africa’s grain trade data for the week of 18 September 2020. I will also share highlights from the International Grain Council monthly global grains update report.

South Africa exported 34 663 tonnes of maize in the week of 18 September 2020. About 37% to South Korea, and the rest to Southern Africa markets (primarily Eswatini, Mozambique, Zimbabwe, Botswana and Lesotho). This placed South Africa’s 2020/21 total maize exports at 1.46 million tonnes, which equates to 54% of the seasonal export forecast (2.70 million tonnes). Yellow maize exports accounted for 75% of the volume already exported, with 25% being white maize. The leading markets thus far are Japan, Taiwan, Vietnam and South Korea for yellow maize, and the Southern African countries (Zimbabwe, Botswana, Mozambique, Lesotho, Eswatini and Namibia), mainly for white maize.

In terms of wheat, South Africa is in a different position, a net importer as the country is not endowed with conducive climate to produce the crop. As such, South Africa imported 46 145 tonnes in the week of 18 September 2020, all from Russia. This placed South Africa’s 2019/20 wheat imports at 1.77 million tonnes, which equates to 98% of the seasonal import forecast (1.80 million tonnes). The 2019/20 marketing year ends this month. The leading suppliers of wheat to South Africa thus far include Poland, Germany, Lithuania, Russia, Ukraine and Latvia, amongst others.

The International Grains Council (IGC) monthly report which came out on 24 September 2020, maintained a fairly optimistic picture, with the 2020/21 global grains harvest estimated at 2.23 billion tonnes, a 2% annual increase. This is mainly on the back of expected large maize, wheat, sorghum, rice and soybean harvests. This suggests that the crop damage caused by unfavourable weather conditions in various regions of the US and the EU has been compensated by crop increases in other countries.

To zoom in, IGC forecasts 2020/21 global maize harvest at 1.16 billion tonnes, up by 4% y/y. This increased harvest is expected to originate primarily from the US, parts of sub-Saharan Africa, Russia, and Brazil amongst others. In the case of wheat, the 2020/21 harvest is projected to increase just marginally by 0.2% y/y to a fresh high of 763 million tonnes. This is boosted by expected large yields in Russia, Australia, Canada, and Kazakhstan, amongst other countries.

For rice, the IGC forecasts the 2020/21 global harvest at 504 million tonnes, which is down marginally from the previous month estimate, but up by 1% from the 2019/20 season. This is underpinned by an expected large harvest in Asia and the US. There is also optimism about soybeans, with the 2020/21 global harvest estimated at 373 million tonnes, roughly unchanged from the previous month and 10% higher than the 2019/20 season. The US, Brazil, Argentina, China, India and Paraguay are amongst the key drivers of the expected large harvest.

Essentially, the global grains market will be well supplied in the 2020/21 season. Still, the recent weather disruptions and changes in demand have led to price increases in recent weeks, which is not conducive for grain importing countries.