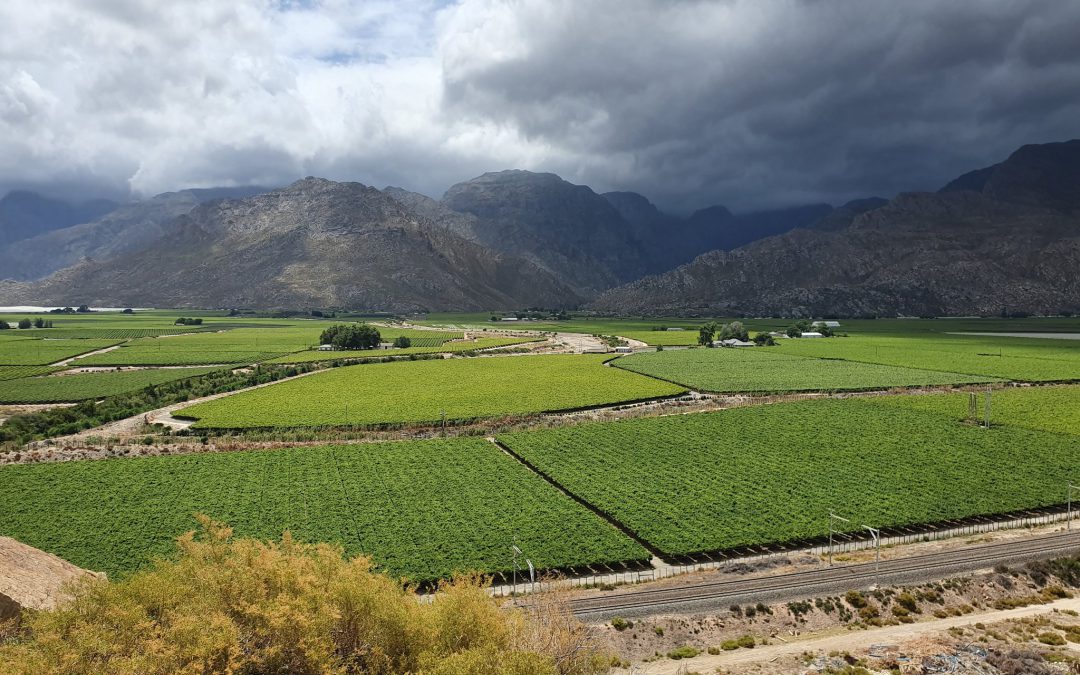 SA’s agricultural sector had a solid start to 2020, with first-quarter gross value-added growing 27.8% quarter on quarter on a seasonally adjusted and annualised basis (see Exhibit 1). I noted then that the succeeding quarters would be likely to continue to show strong growth — a view I still maintain. But the second-quarter expansion could be somewhat milder than the first, probably in the range of 20%-25%. The key drivers will remain similar to the previous quarter — an uptick in animal products, field crops and horticulture.

Within field crops, sugar was the main driver, while in horticulture it was deciduous fruits. In the second quarter, however, summer grains and oilseeds will probably be the key drivers of growth as harvest processes and deliveries started gaining momentum during this quarter going into the third quarter, as the season was delayed due to dryness at the start. Meanwhile, in the horticulture industry, citrus most likely dominated in the second quarter. I doubt that animal products remained as robust in the second quarter as slaughtering activity softened when the country went into strict lockdown at the end of March. If anything, animal products activity will probably recover in the third quarter, which is when restaurants started opening more widely.

That said, I am still quite optimistic about the performance of this sector in 2020, maintaining a forecast of about 10% year on year, which is our official view at Agbiz (compared to -6.9% in 2019). Other institutions, such as the Bureau for Food and Agricultural Policy (BFAP) are more optimistic than us, placing their agricultural growth forecast for the year at 13%. BFAP’s underpinning view for this estimate is similar to what we have expressed in previous notes, which is a bumper maize crop of 15.5-million tonnes (the second largest in history), surging export prices of major fruits (further supported by the weak exchange rate) and strong overall sales of agricultural produce in the first four months of the pandemic. This is, of course, with the exceptions of the wine and tobacco industries, where domestic trade has been restricted through various stages of the lockdown and was only permitted again in August.

The allied industries have benefited from this improved environment of the agricultural sector, including agricultural machinery. As we set out at the start of July, the agricultural machinery industry data for the second quarter has continued to show a mixed picture, with tractor sales up 8% year on year, while combine harvester sales are down a mere 3%. The improved harvest, which boosted farmers’ finances somewhat as well as their interest in buying up existing stock ahead of the expected price increases as a result of the weaker domestic currency, has been the key driver of second-quarter sales.

The only aspect I remain downbeat about during the second quarter of the year is agricultural jobs, primarily due to the regulations that were introduced to curb the spread of the virus. I think that probably limited the amount of seasonal labour that would have been employed during a year of a bumper harvest. But the full extent of this phenomenon will only be clear when the Quarterly Labour Force Survey is released in the coming weeks.

Stats SA will release second-quarter GDP data on September 8, so it is only then that we will know whether the aforementioned exposition truly holds. But with the high-frequency data from the farm-level such as production figures and prices, I am inclined to believe that the sector will register yet another good reading in the second quarter. Unfortunately, however, this will do very little to change SA’s overall GDP picture as primary agriculture is a relatively small share of the economy.

Recent surveys of macro analysts’ forecasts of second-quarter GDP show that the economy could contract by about 40% quarter on quarter on a seasonally adjusted and annualised basis, largely reflecting the effects of lockdown restrictions put in place to slow the spread of the pandemic across various sectors. However, the continued resilience of the agriculture sector is important for the rural economy, boosting foreign earnings and stabilising food security, at least at a national level.

This note was part of Agbiz weekly viewpoint and also appeared on Business Day, August 24, 2020