Is the uptick in South Africa’s pineapples consumption a temporary trend? 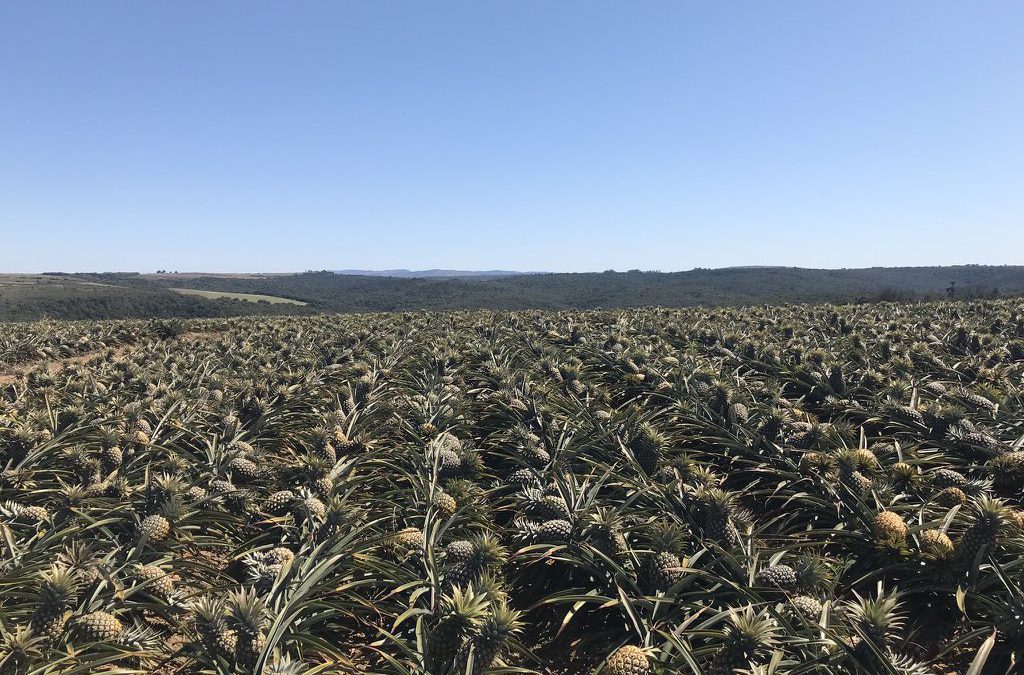 Pineapples are one of the fruits I seldom cover in this blog, but the recent uptick in production and consumption warrants some attention. First, after hovering at levels below 100 000 tonnes for roughly six seasons, the United States Department of Agriculture (USDA) Pretoria office painted an optimistic picture of this industry this past week. The USDA estimates an 18% increase in South Africa’s pineapples production to 132 000 tonnes in 2019/20 production season. Growth is underpinned by an expansion in area planted, improvements in yields, and generally favourable weather conditions especially given that the production is done on dryland/rain-fed, which makes the weather crucial to the industry.

Second, domestic consumption is set to increase by 14% y/y to 33 000 tonnes, and the rest of the output will be for the export market. There is already anecdotal evidence of an increase in domestic pineapple demand during the lockdown period, for multi-purpose home use, which includes homebrewed alcohol. While this is encouraging for the pineapples industry, it remains unclear if the demand observed will hold throughout the year as the negative economic impact of the pandemic filters into the households. Moreover, we are yet to observe from anecdotal evidence if homebrewed alcohol trend will hold, or if it was mainly a temporary substitute when there was a ban on alcohol sales in the country. If this is the case, the industry will have to intensify its export efforts to accommodate the additional increase in output or the domestic processing industry will have to absorb the additional produce.

South Africa is generally a net exporter of pineapples, on average about 3 000 tonnes a year. But this is a small share of the country’s pineapples produce, roughly 2%. The key markets are mainly Botswana, Namibia, Saudi Arabia, UAE and Zimbabwe.

About 72% of the domestic pineapples produce is mainly for processing and the rest sold in various fresh produce markets and on-farm.

Note: In this photo below, I was vising farmers in Bathurst area in 2019. The farm we are in is a joint-venture business between the community and the agribusinesses (The-Co-Op). As you can see, there is a notable expansion in area plantings, which supports the view of the USDA. 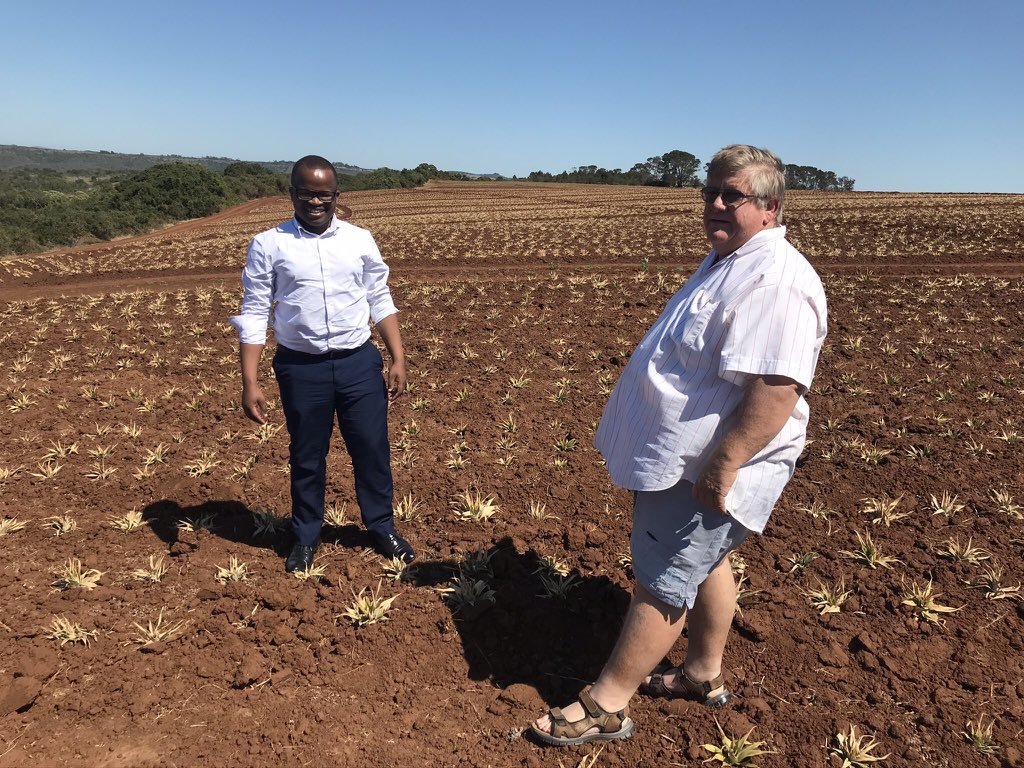 This photo was taken in a pineapples farm during my visit; Bathurst area, Eastern Cape, in 2019