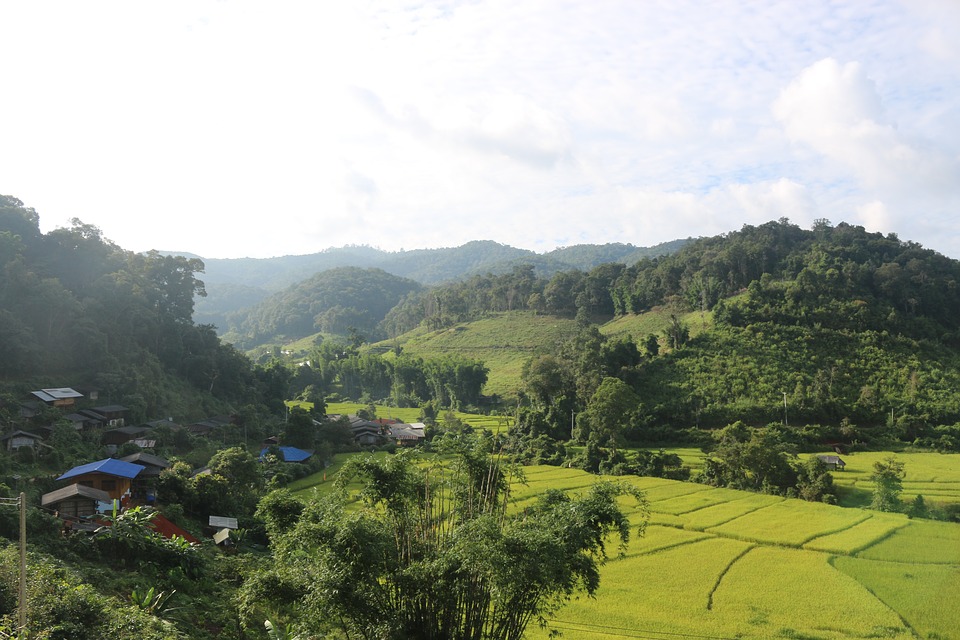 Consumption of rice in South Africa is increasing, however, climate conditions in the country are not conducive to growing these grains. We fully depend on imports for all our annual requirements. In 2020, South Africa’s rice imports are set to increase by 10% y/y to 1.1 million tonnes. Thailand has consistently been a main supplier of rice to South Africa, accounting for an average 65% share of imports over the past five years.

Hence, concern started to build when estimates from the United States Department of Agriculture indicated that Thailand could harvest its second-lowest rice crop in a decade this year. The country’s harvest is estimated at 18.0 million tonnes. There, however, will still be a substantial volume of rice to export, roughly 7.6 million tonnes. While this looks decent, it is 31% lower than the volume of rice Thailand exported in 2018.

So, should South Africans be worried about this decline in Thailand’s rice production? I think we shouldn’t. The rice supplies in the global market remain awash. The 2019/20 global rice production could stabilize at 499.3 million tonnes, according to data from the International Grains Council.

The decline in Thailand rice production has somewhat been compensated by the expected large harvest in other leading rice-producing countries such as Indonesia, Bangladesh and the Philippines. What’s more, there will be 44.0 million tonnes of rice for export markets in the world. This is up 3% y/y, which further supports the notion that there will be enough rice supplies in the market to assist importing to countries such as ours – South Africa. Also, if one looks at rice prices, they’ve increased marginally since December 2019, with the exception of Thailand which has seen a drastic increase – see Exhibit 1 below. 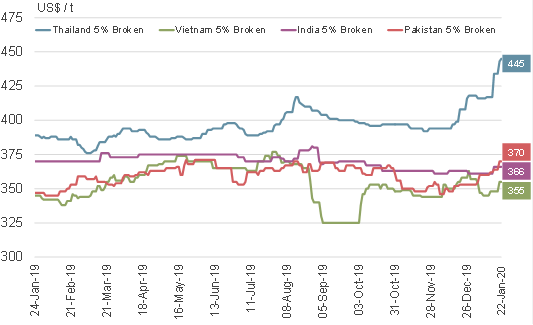