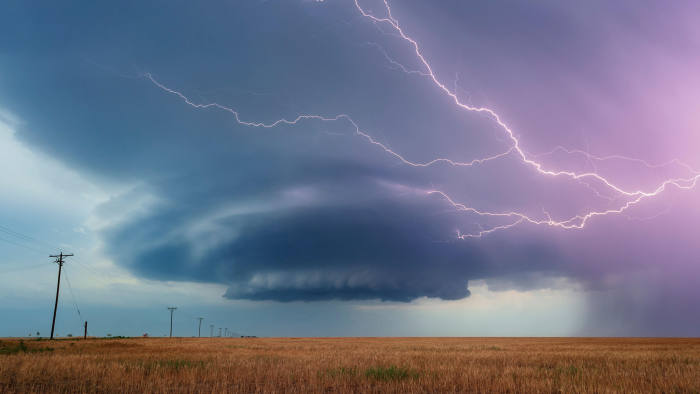 In its Seasonal Climate Watch released on the 31st of January 2020, the South African Weather Service noted that:

“The rainfall forecast for early-autumn (Feb-Mar-Apr) and mid-autumn (Mar-Apr-May) from the SAWS/NOAA-GFDL Multi-Model system indicates enhanced probabilities of below-normal rainfall over most of the country with the exception of the eastern parts during mid-autumn which favours above-normal rainfall conditions.”

This doesn’t bode well for agriculture, specifically late-planted summer crops which will need moisture for the next two months. The crops will most probably be in the pollination stage during this time, and thus needing moisture.

At the moment, however, the soil moisture is in good condition across most regions of South Africa. And this has been the key catalyst behind the optimistic views about South Africa’s maize harvest we have expressed over the past few weeks.

As can be seen in Exhibit 1 below, the maize-belt region of South Africa, and stretching down to the Eastern Cape and KwaZulu-Natal had largely adequate soil moisture to support crop development in the week of the 23rd of January 2020.

In fact, aside from the Western Cape, which is a winter rainfall area, only the southwestern regions of the Eastern Cape, fringes of the Free State, North West and the northern regions of KwaZulu-Natal and Limpopo were still experiencing soil moisture stress.

Another thing worth noting is that the South African Weather Service expected, January, to be characterized by below-normal rains across the country, but the month actually brought good rains which led to improved soil moisture as illustrated in Exhibit 1 below. One hope that the coming months could be a repeat of what we observed in January 2020. 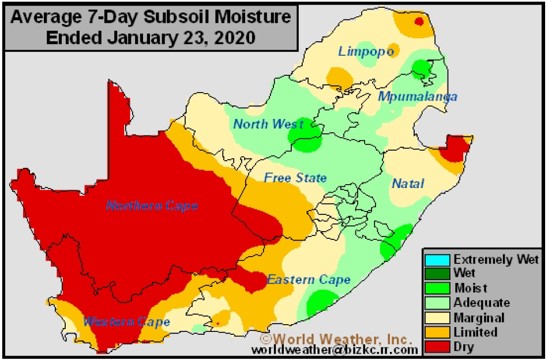