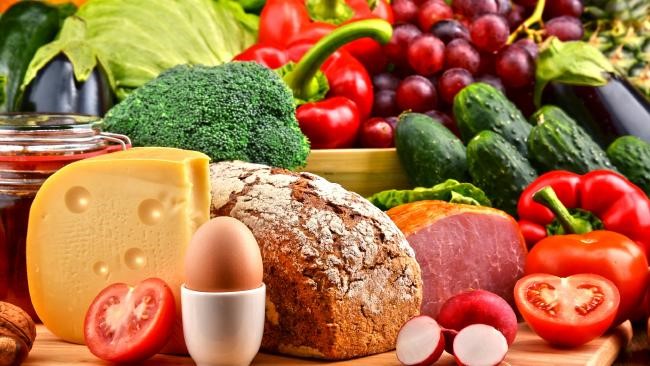 As we commemorate World Food Day on 16 October 2019 in honour of the founding of the Food and Agriculture Organization of the United Nations (FAO) in 1945, we should take a moment to reflect on South Africa’s standing on the global food security ladder.

Food security is achieved when three objectives are met: (1) food is available; (2) food is accessible; and (3) food quality ensures appropriate nutritional uptake for all citizens at all times. In 2018, South Africa has ranked the 45th  most food-secure country out of 113 countries measured in The Economist Global Food Security Index, which was a one point lower than the previous year.

This was relatively good, compared to BRICS countries – Brazil, Russia, India and China. For example, although South Africa’ average income – as ranked in gross national income per capita of 2018 – was 25 spots behind Russia, 23 behind China and 19 behind Brazil, the country’s food security status was quite comparable to other BRICS countries – Brazil, Russia, India, and China. In the Food Security Index, South Africa has ranked just 6 spots behind Brazil, 3 spots behind Russia, one spot ahead of China, and 31 spots ahead of India.

What is worth reiterating is the fact that despite South Africa’s relatively lower average income compared to BRICS partners, the country still manages to punch above its weight in terms of food security. This is a testament to the country’s competitive agricultural sector, and its ability to supply food at a relatively lower cost and socio-economic initiatives.

Although the Food Security Index indicates South Africa is food-secure, there are pockets of food insecurity within the country when you consider a household-level perspective. This speaks to the general inequality in the country, where some households are food secure, and a sizeable portion of other low-income households are not, primarily due to affordability. This scenario is more prevalent in Limpopo, KwaZulu Natal and the Eastern Cape, according to Stats SA.

While there are a number of interventions that can assist in supporting households’ access to nutritious food, one form of intervention that can boost rural households’ income and therefore nutritious food is job creation in the agricultural sector. There is anecdotal evidence in parts of the Eastern Cape that in areas where government and the private sector have collaborated in agricultural development, some level of success in terms of job creation could be achieved.

With agriculture having gained prominence as one of the sectors that could bring about rural economic development and job creation in South Africa, the government’s approach to realising this vision should be regionally focused. Meaning, the aforementioned provinces should be the key priority in resource allocation, as the frontiers of agricultural expansion. Such an approach not only makes sense in terms of reducing poverty but also in exploiting the potential of underutilised land, as well as targeting resources effectively.

Limpopo, KwaZulu Natal and the Eastern Cape combined arguably have about 1.6 million to 1.8 million hectares of underutilised land which could be sustainably farmed for increased food security and livelihoods over the long-term. This is according to a 2015 study by McKinsey Global Institute.

Admittedly, the current land governance system – communal land – has been cited as one of the hindrances in agricultural development in these provinces, as it hamstrings investment. Naturally, solving such matters can take a long time and land reform policy is still being debated across the country.

The near-term practical approach that could make a difference is structuring an innovative agricultural finance instrument – such as blended-finance – which pulls in the capital and human capital from both private and public sectors.

In parts of the Eastern Cape, some agribusinesses are currently engaged in such arrangements with the provincial government and in areas where projects have been implemented, there has been some level of success. What is needed is designing programmes that are self-sustaining and viable where communities take ownership.

These are some of the approaches that are needed to boost household incomes and rural livelihoods in a manner that ensures nutritious foods are available in the near term and in the future. Meanwhile, broad developmental policies need to be put into operation.

Written for and first published on Business Day on 16 October 2919.