SA food producers are struggling to pass costs through to consumers 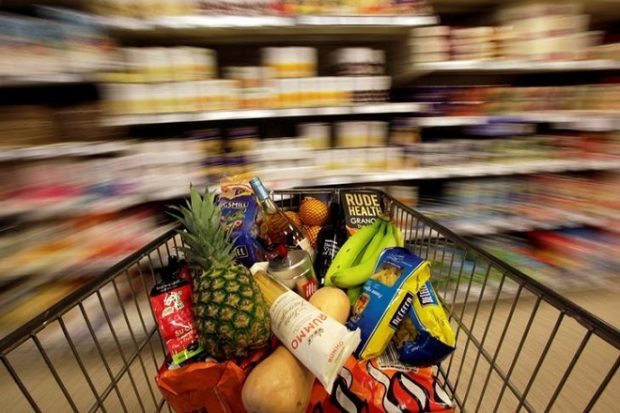 Since the start of the year, South Africa’s agricultural commodity prices have increased notably from levels seen over the same time in 2018, specifically grains and oilseeds. Under normal circumstances, one would expect the price increases in agricultural commodities to translate to higher consumer prices, with a lag of roughly three to six months (I have discussed the food price transmission mechanism story here). But consumer food inflation has been relatively contained this year for a number of reasons.

One of the key factors has been the lower meat prices in the earlier part of this year because of the ban on beef exports contained the headline food price inflation number at relatively comfortable levels. But the ban has now been lifted and meat prices are beginning to increase somewhat. (Other factors contributing to the meat price increase is the pork, which is influenced by lower production in Asia).

The price inflation of food categories such as grains (cereal and bread) have consistently accelerated since the start of the year. But I suspect the passthrough of prices we are seeing at farm levels (+30% y/y) has been soft this time around. Hence headline food price inflation slowed to 3.0% y/y in July 2019 from 3.2% in the previous month. (The cereals and bread price inflation were up by just 7.9% y/y in July. Remember, under normal circumstances, there is roughly 63% price transmission between the prices of white maize and retail maize meal, with a delay of three months).

The point I am trying to convey here is best captured by the chart below which illustrates the food producer price inflation (PPI) and consumer price inflation (CPI) — see Figure 1 below. Historically, there has always been a good co-movement in these trends, but we are now seeing a decoupling. 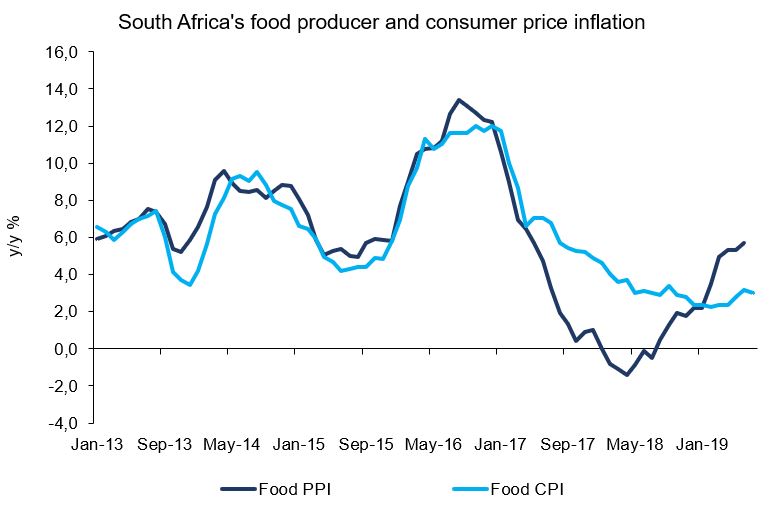 My sense is that the retailers and food producers are finding a hard time passing the costs to consumers due to weak buying power. This speaks to a broader extraordinary economic difficulty that South Africa finds itself in today.