Blueberries and Jobs in South Africa 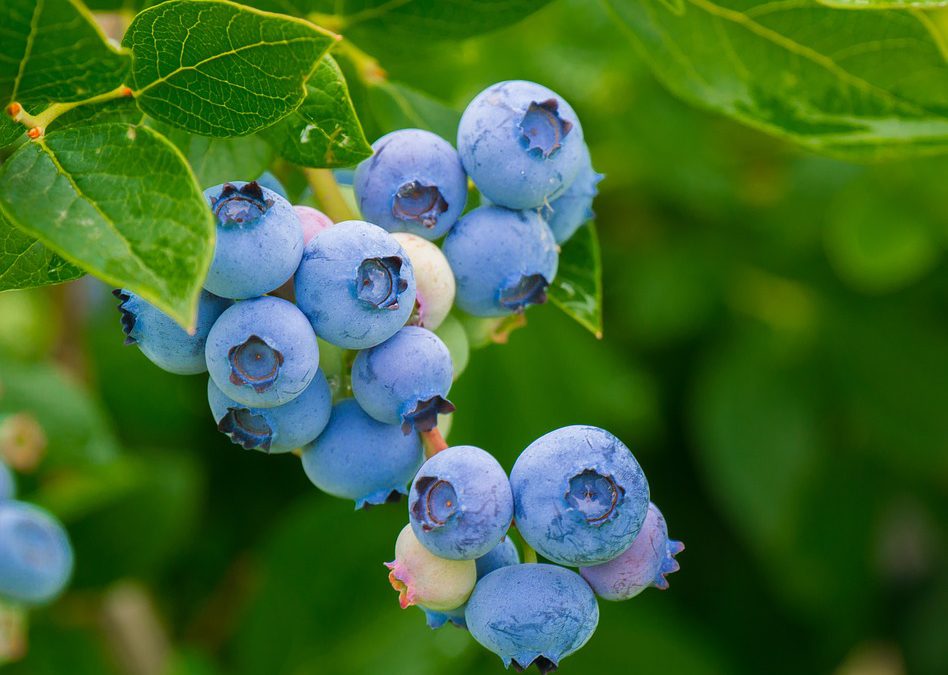 I’ve previously presented the case for agriculture as one of the sectors that could boost rural economic growth and employment in South Africa. The sub-sector that has attracted attention in the recent past is horticulture because it is labour intensive. Within the horticultural subsector, the market dynamics of citrus, table grapes, wine grapes, stone fruit and nuts, amongst others, are well documented.

The rarely discussed, yet exciting fruit is blueberry. The dearth of information about this fruit is understandable because the blueberry industry is still at its budding stage in South Africa. The area planted to blueberry in 2017/18 is estimated at only 1 600 hectares. But this has grown tremendously over the past few years, as shown in Figure 1 below. 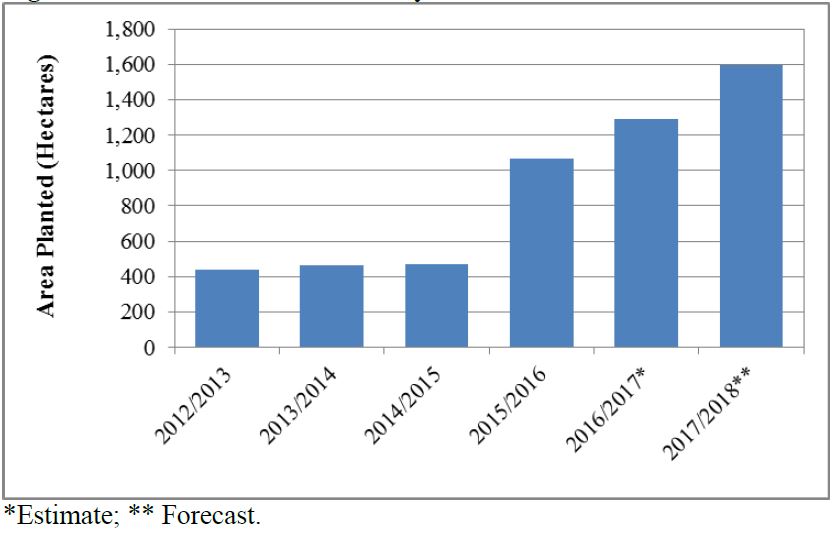 The production is widely spread across South Africa, although one province dominates – the Western Cape producing two-thirds of South Africa’s blueberries. Trailing the Western Cape is Limpopo, accounting for 15% of production, then North West (10%), Gauteng (8%), Eastern Cape (4%), Free State (2%) and Mpumalanga (1%). This is according to data from the U.S. Department of Agriculture (USDA).

The enormous increase in production that is illustrated in figure 1 is export-driven. South Africa exports roughly 70% of its blueberries, according to data from the Western Cape Department of Agriculture. The European Union accounts for roughly 90% of South Africa’s blueberry exports, the rest is spread across the African continent, Asa and the Middle-East.

Okay, why do I say blueberry is an exciting fruit?

Aside from being nutritious and tasty, blueberries are labour-intensive, which is precisely what is needed in South Africa. A recent paper by the Western Cape Department of Agriculture’s agricultural economists, Louw Pienaar, Mzwanele Lingani and Philip Swart shows that each hectare of blueberries planted results in the direct employment of 2.64 fulltime equivalent workers, on average. This is the highest employment intensity amongst the major fruits grown in South Africa, and it far outpaces grapefruit, flowers, apples and pears, to no name a few.

In terms of economic fortunes, Pienaar, Lingani and Swart estimate that South Africa’s blueberry industry has significantly outperformed other fruit industries by growing its gross value of production from an estimated value of R15.8 million in 2008 to R1.25 billion in 2018.

So, when we think of agricultural sub-sectors that can boost rural economic fortunes and job creation, let’s not only focus on well-established industries, but also explore the small, yet promising industries such as blueberries.