The plot thickens in Southern and East Africa maize maze

Sometimes the light comes from the most unusual places. This morning Bloomberg put out a piece noting that Tanzania is set to sell 1 million tonnes of maize to neighbouring Kenya which is facing a major maize shortfall this year.

At first glance, one would think – there is no way Tanzania could export that much maize. After all, its annual production is set to be about 5.5 million tonnes, which is up by 2% from the previous season, against an annual consumption of 5.3 million tonnes. Also, Tanzania has never exported that much maize in its history.

But the thing is, Tanzania has had a really good harvest over the past few years, as illustrated in Figure 1. Over this period, the country managed to accumulate large stocks. Tanzania’s 2019 maize stocks are estimated at 944 000 tonnes, that is if the maize is still in good quality condition. 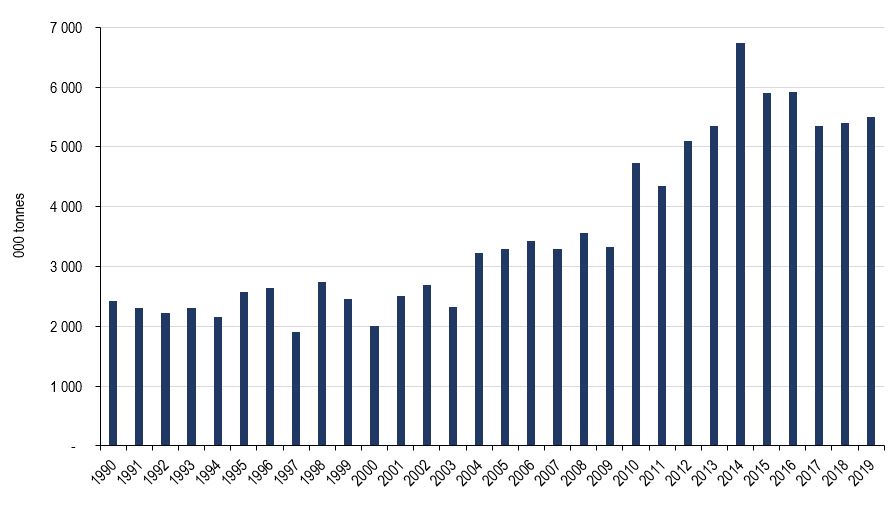 So, if one adds the ending-stocks data, with the expected harvest, it is conceivable that Tanzania could emerge as a saviour in this maize supply challenge in Southern and East Africa.

The other idea I was toying with this morning is a possibility of “rice imports” as a substitute for maize in Southern Africa – here is a clip I recorded this morning (video). Then again, rice is way more expensive than maize, which makes it an unlikely substitute for poor nations.

One hopes that Tanzania could really avail the maize supplies to Kenya so that South Africa and possibly Mexico and Zambia’s white maize supplies can largely help cushion Zimbabwe. I gather the Kenyans have already sent a formal request for imports to the Tanzanian authorities. We will now wait in anticipation that some positive news might emerge in this maize maze of Southern and East Africa.