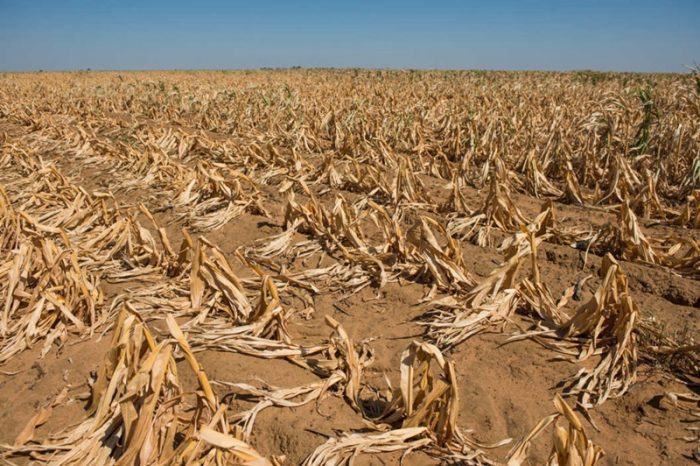 One of the challenging aspects when utilising agricultural production data for a number of countries from various sources is a possibility of misaligning the production years. I fell into this trap in a note on 18 June 2019 via Agbiz. I indicated that the United States Department of Agriculture (USDA) pegged Zimbabwe’s 2018/19 maize production at 1.7 million tonnes, down by 21% from the previous season. From a South African perspective, the 2018/19 production season would represent the 2019 calendar year, which is the approach we took with Zimbabwe’s data.

This means that maize production conditions in Zimbabwe are far worse than I reported yesterday. The USDA forecasts Zimbabwe’s 2019/20 maize production at 800 000 tonnes, down by 53% from the previous year, as shown in Figure 1 below. This is the result of both reduction in area planted, and expectations of poor yields on the back of drier weather conditions at the start of the season, and damages caused by Cyclone Idai earlier this year. For context, Zimbabwe consumes about 2.0 million tonnes a year.

Against this backdrop, the Zimbabwean Grain Marketing Board issued a tender to buy 750 000 tonnes of maize, which will be the largest volume since 2016 when the country imported 1.4 million tonnes. It is unclear, however, where Zimbabwe will get the maize supplies as the likes of South Africa and Zambia, who are typically the region’s maize exporters, will have tight supplies due to lower production in 2018/19 production season. South Africa could have about 1.1 million tonnes for exports, but this will largely be destined for Botswana, Namibia, Lesotho and Eswatini.

The other important factor is that Zimbabwe will possibly be looking for white maize, which means that outside of the Southern Africa region, the reliable white maize supplier could be Mexico, with about a million tonnes of maize for the export market in the 2019/20 marketing year, according to data from the USDA. Aside from white maize, Zimbabwe can import yellow maize from Brazil, Argentina, Ukraine and the U.S., amongst others.

It is indeed a tough year over there in Zimbabwe. The country’s Statistical Agency recently indicated that the month-on-month food and non-alcoholic beverages price inflation rate stood at 17.63% in May 2019, gaining 9.78 percentage points on the April 2019 rate of 7.85%.