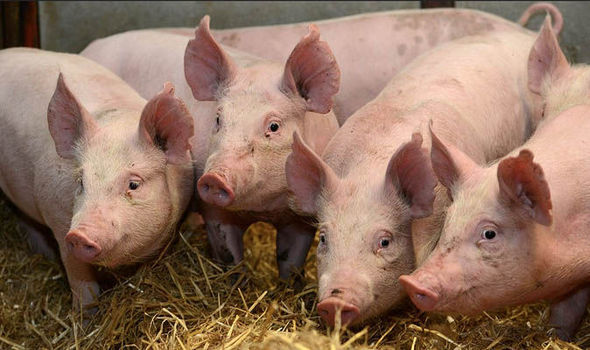 Now, the reports suggest that the outbreak killed 32 out of a herd of 36 pigs on a farm in the Ditsobotla district in North West. I’ve confirmed this with the CEO of the South African Pork Producers’ Organisation, Mr Johann Kotze, who has clarified that these were specifically wild pigs.

The local authorities are currently on the ground collecting evidence. From what I gathered in my conversation with the South African Pork Producers’ Organisation boss, there is no imminent threat to the South African pork industry nor consumers – so, go on folks and eat your bacon, ribs, pork belly sandwiches, etc.

The outbreak was detected early, with good response from the government veterinarians, who are now hard at work to ensure that it is controlled.

But African swine fever is a serious disease. A recent report from the Food and Agricultural Organization of the United Nations suggests that  China has culled over 1 million pigs in an effort to control its spread since 03 August 2018. For perspective – this is equal to 71% of South Africa’s pig herd.

OK, let me not be alarmist – after all China produces more than half the world’s pigs – roughly 700 million a year.

Fortunately, South Africa is nowhere closer to what we are witnessing in China. I am hoping that the outbreak is controlled successfully. I will provide an update into this matter if there are any new developments in the coming days.