What does the US-Africa strategy mean for South Africa and the continent? 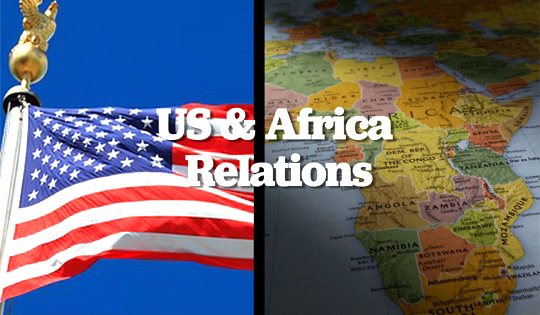 THE WEEKEND ESSAY: By Wandile Sihlobo and Tinashe Kapuya[i]

The tail-end of 2018 was inundated with various news cycles, both domestic and international, which eventually over-shadowed a major policy pronouncement – The United States (US) Africa strategy. After two years without much clarity on the Trump Administration’s stance on Africa, it seemed ironic that the Africa Strategy almost went unnoticed, given that it was announced well into the festive season, with many institutions either wrapping up or closed for the holidays. Given the significance of the US’ Africa strategy, it is necessary to unpack it and discuss its implications for the continent.

What does the US-Africa strategy actually say and how is it different from the previous US Administration?

At the core, there is not much that has shifted from a policy perspective. The US still places emphasis on conditional support for Africa – punctuated by phrases such as “aid with effect”, “assistance with accountability” and “relief with reform”. The US also still maintains its vision of reciprocity – underlined by a desire to terminate preference programmes such as the Africa Growth Opportunity Act (AGOA) and the Generalized System of Preferences (GSP) towards what they call “modern and comprehensive bilateral trade agreements”.

Our interpretation of the US’ take of “modern and comprehensive bilateral trade agreements” includes a number of “new generation” issues such as Trade in Services, Trade in Environmental Goods, aspects of the Agreement on Government Procurement, and immediate (tariff) liberalization of almost all forms of trade.

While the Obama Administration pushed these issues through mega-regional and plurilateral trade agreements, the Trump Administration has adopted a more selective approach, opting for bilateral agreements with specific countries.

We foresee the Trump Administration’s stance being implemented in the continent through the Africa Strategy, with the US dealing with specific African countries, rather than the entire continent, neither through Regional Economic Communities (RECs) nor the African Continental Free Trade Agreement (Af-CFTA).

The differences between the Obama and Trump Administrations is nuanced, and it is not in policy content but more in the approach. The latter is adopting a more overtly aggressive approach, while the former pursued more diplomatic ways of conveying US interests in the continent.

The aggressive approach can be seen in the speech by National Security Advisor to President Trump – Ambassador John R. Bolton – where he lamented the Chinese and Russian approach in Africa. For instance, Ambassador Bolton noted the “predatory practices pursued by China and Russia stunt economic growth in Africa; [which] threaten the financial independence of African nations; inhibit opportunities for U.S. investment; interfere with U.S. military operations, and pose a significant threat to U.S. national security interests.”

A new addition in the US Africa strategy is the “Prosper Africa” initiative – whose objectives are “to support open markets for American businesses, grow Africa’s middle class, promote youth employment opportunities, and improve the business climate”. Prosper Africa is almost an extension to AGOA in terms of its goals and ambitions, which seek to support sound and transparent governance and improving the “ease of doing business environments” across the continent.

What are the implications of the Trump Africa Strategy on the continent? Will the change in approach using the same foreign policy strategy in Africa shift the status quo in the US-Africa trade and investment relationship?

What is clear is that the US Africa Strategy seeks to re-position the US and bring it to par with China and Russia. What seems to set the US apart from China and Russia is the aspect of “conditional support”, and the question then is, will a more aggressive US approach change the balance of power or even its influence on the African continent.

What will be interesting to see is how the Africa Strategy translates into policy action, and how the US uses its leverage (through AGOA) to implement the vision of the Trump Administration for Africa. This ties in with the pursuit of “modern and comprehensive bilateral trade agreements” which the US might seek to have with specific African countries – our view is that the US could potentially target key markets like Kenya, South Africa, Nigeria and Egypt (as well as some others) – which are core economic and socio-political power hubs in Eastern, Western, Southern, and Northern Africa, respectively.

There are three key issues that arise from Trump’s Africa strategy.

Firstly, bilateral agreements with specific countries, rather than with RECs could be seen to run counter to the regional integration agenda. In other words, the US runs the risk of being seen to favour larger economies at the expense of smaller ones. Working outside of RECs could thus be seen to be disruptive to the functioning of regional trade agreements. The counter-narrative to this argument is that working with specific economic hubs (i.e. country markets) will promote sourcing of raw materials from neighbouring smaller economies, which ideally, could lead to deeper regional integration. However, there remains little evidence to suggest that this could actually happen. Alternative efforts of trade integration outside of existing trade agreements might be worth testing, given that the power and influence (both political and economic) of REC’s has been arguably limited.

Secondly, the notion of a modern and comprehensive trade agreement (assuming that these will be done with specific strong African economies) needs to be interrogated from the standpoint of whether these African economies are actually ready to liberalize domestic markets to the same standards as the US.

Lastly, and more importantly, it seems that the Africa Strategy – through  the “Prosper Africa” programme, reflects a new shift in emphasis from trade to an investment-led approach, which will situate US firms in the African continent as key drivers of economic integration. Prosper Africa is at the centre of the US Africa Strategy not only because it’s uniquely a signature Trump initiative (unlike other legacy programmes such as Power Africa, Trade Africa which were inherited from the previous administration etc.) but also due to the view that the penetration of US technology and expertise in Africa can create the largest impact on policy, as well as shift the balance of power away from Russian and Chinese hegemony in the continent. Powerful US multinationals have a clear comparative advantage from a technology standpoint, and unlocking more business opportunities at a much larger scale – through influencing broad and sweeping policy reforms in Africa – could become a game-changer in placing US at the fore-front of investment in the continent.

Written for and first published on Business Day on 10 January 2019.