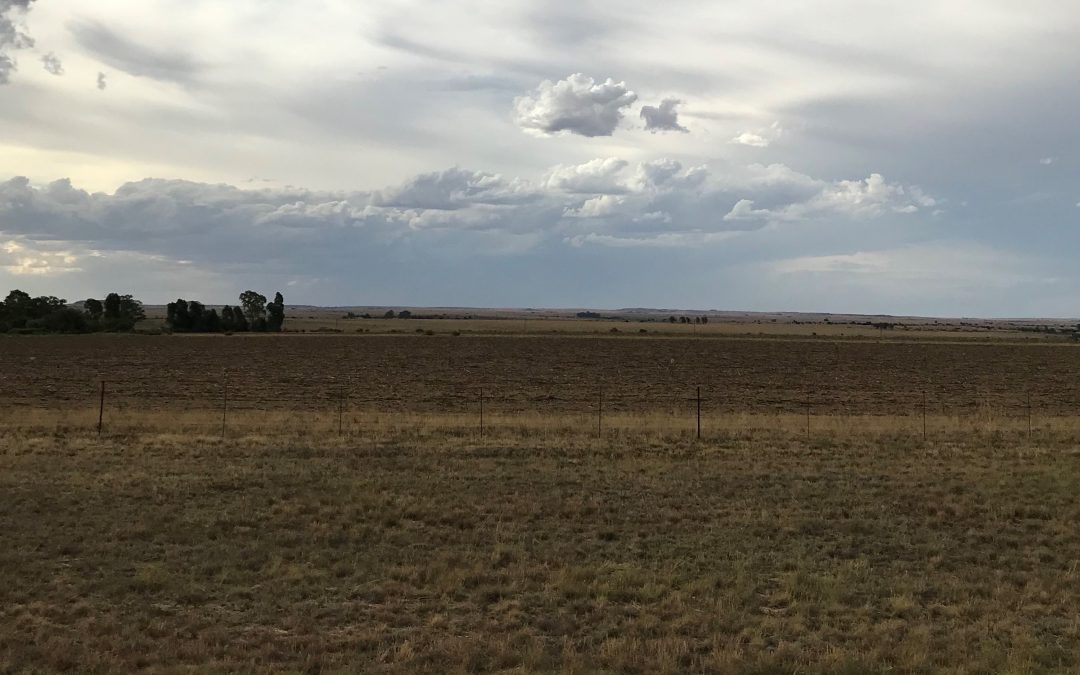 I am still on holiday mode (as you can see in the photo below). But I thought it would be important to put down a few lines about crop conditions over the South African maize belt.

I received communication from a couple of farmers this morning, informing me that it is less than 20 percent of intended maize hectares planted thus far in the Free State and North West, respectively, due to persistent dryness. This is a concern as these particular provinces are the main white maize producers, typically accounting for more than half of white maize output in any season.

Some farmers say if it rains in the coming week, they can still plant maize until January 4. But this would be well beyond the optimal planting period and thus comes with a much higher risk of poor yields.

Overall, it is increasingly becoming clear that the optimistic views on an increased planting area that farmers expressed earlier in the year will not materialise.

Remember, in October 2018, South African farmers intended to increase the area planting for summer grain and oilseed by 5% from 2017/18 season to 4.03 million hectares. Most summer crops were expected to show an uptick, with the exception of sunflower seed and groundnuts.

When I tweeted about this during the week, the question that arose from a number of people was how much area will actually be planted for major grains and oilseeds across South Africa, and what impact all of this will have on South Africa’s food inflation and agricultural economic growth?

In this regard, it is clear that the optimistic estimate that we, at the Agricultural Business Chamber of South Africa (Agbiz), expressed of 12.2 million tonnes for maize might not materialize due to large areas not having been planted, and weather conditions remaining dry.

We will have a clearer sense of the potential size of South Africa’s 2018/19 grains and oilseed harvest when the national Crop Estimate Committee releases its view on the area planted at the end of January 2019.

In terms of current stocks, South Africa will have roughly 3.3 million tonnes of maize stocks at the end of the marketing year in April 2019. So, the 2018/19 production crop will build onto something when we start the 2019/20 marketing year in May 2019.

Given that South Africa’s annual maize consumption is about 10.8 million tonnes, to be self-sufficient in 2019/20 marketing year, we will have to receive at least 8.0 million tonnes. To this end, the weather will be the deciding factor. Maize prices (white and yellow) are already over 30% higher than last year. Over time, this will add inflationary pressure on consumers and animal feed industries.