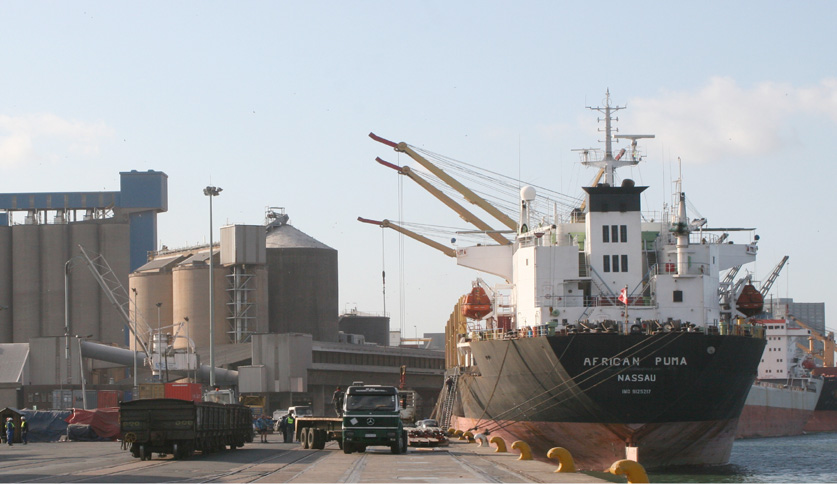 Durban harbour is key to South Africa’s grain trade. In the 2017/18 marketing year, South Africa exported 2.3 million tonnes of maize (white and yellow). About 74% of this went to markets through Durban harbour (nothing through other harbours), with the rest exported by road and rail to the continent.

Similarly, on the import side, South Africa imported 2.2 million tonnes of wheat in the 2017/18 season. Nearly 80% of this came into the country through Durban harbour — See Figure 1.

While volumes of imports and exports could change year by year, the share volumes are unlikely to change significantly in the near term.

The other thing worth mentioning is that South Africa’s logistics are comparatively more efficient than most industrializing countries, albeit showing a concerning trend in having regressed from 2016’s ranking. This is according to the World Bank’s Logistics Performance Index which ranked South Africa at number 33 outof 160 countries surveyed, down from number 20 in 2016, with Germany still leading the world (see Figure 2).

The World Bank’s Logistics Performance Index (LPI) reflects perceptions of acountry’s logistics system. The subindices that make up the overall LPI are the efficiency of the customs clearance process, quality of trade and transport-related infrastructure, ease of arranging competitively priced shipments, quality ofl ogistics services and competence, ability to track and trace consignments, and the frequency with which shipments reach the consignee within the scheduled time.

So, we have some good stuff going in the country, although there is room for improvement in ports infrastructure!