Kenyans can celebrate food price relief, but they are not out of the woods 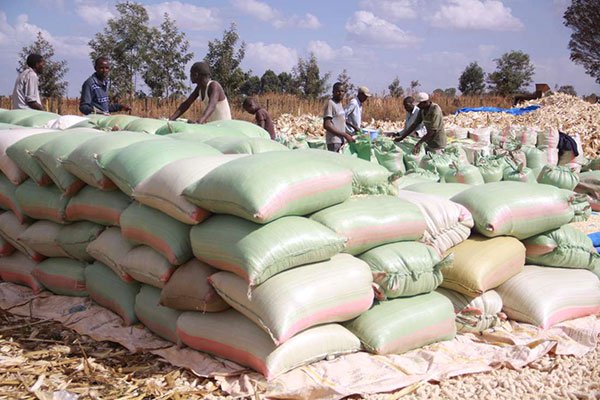 Celebrations were in order when Kenya recovered from the 2017 drought, when food price inflation was at double digits, causing political tension during the general election.

However, while food price inflation eased from double digits in 2017 to 0.5% year on year in October following a general recovery in agricultural production, the country is not completely out of the woods.

Production of maize, one of the country’s staple foods, recovered by 8% year on year in the 2018/19 marketing year to 3.2-million tons, partly contributing to the aforementioned deceleration in food price inflation. But over the past couple of months hardly a day passes without stories of declining maize prices adding to the pressure on Kenyan farmers.

While the bearish trend is typically presented as a function of abundant supplies following a good harvest, this is hardly the case. Yes, Kenya’s maize production has recovered to a degree, but it remains below annual consumption of 4.2-million tons. In fact, the country will require imports of about 1-million tons of maize in the 2018/19 marketing year, which is 17% lower than the previous season. This is according to data from the US agriculture department.

The decline in maize prices is rather due to harvest pressure, as Kenyan maize farmers typically harvest between September and November. Therefore, prices should recover somewhat early next year as the recently harvested supplies clear or stabilise. So, to Kenyan farmers who are complaining about low prices, the lower price cycle is temporary.

I say this because the expected imports in the 2018/19 marketing year still far surpass the usual import volumes of about 500,000 tons in Kenya. To be fair, this is not only a function of declining production but also increasing consumption. Between 2000 and 2018, Kenya’s maize consumption almost doubled as the population grew from 31-million people in 2000 to nearly 50-million people in 2017, according to data from the World Bank.

So, where is Kenya going to get additional maize to boost its supplies? Outside of the Common Market for Eastern and Southern Africa countries, the few countries that are likely to be able to supply Kenya are Mexico, SA, Russia and Ukraine, as they have been the prominent suppliers in the past.

Zambia, which would normally have been among the key suppliers, as was the case in 2017, might not have the capacity this year as its maize harvest is expected to fall 34% to 2.4-million tons due to unfavourable weather conditions earlier in the season, according to data from the US agriculture department. Therefore, the most likely suppliers will be Mexico and the Black Sea countries (Russia and Ukraine), as they have fairly good supplies this year, with a large share of their harvest not affected by the aforementioned nontariff restriction.

Overall, the Kenyans have a right to celebrate the relief in food prices after a tough couple of months, but they are by no means out of the woods. The supplies will again be tight in the coming months and that could lift prices, albeit not to the levels seen in 2017.

From a SA perspective, the Kenyan market will continue to have nontariff barriers that will somewhat lessen exports. SA’s focus should rather be on markets such as Zimbabwe, Japan, Taiwan, Botswana, Swaziland, South Korea, Namibia, Lesotho, Mozambique and Italy, which have a high potential for growth and are therefore attractive, as I demonstrated in an academic paper in 2016.

*Written for and first published on Business Day on 22 November 2018.