The 2018-19 summer crop production season will, in a few weeks’ time, start on a bad note. This is not only because of an expected El Niño weather event, but rising input costs such as fertilizer, agrochemical and fuel, amongst others.

South African fertilizer prices were up by roughly 20 percent in August 2018, compared to the corresponding period last year, according to data from Grain SA. Given that South Africa imports approximately 80 percent of its annual fertilizer consumption (see chart below), and is also a small player in the global fertilizer environment, the local prices tend to be influenced by developments in the global market, which has seen an uptick in prices in the past few months. This is partly due to rising demand in Latin America and Asia. 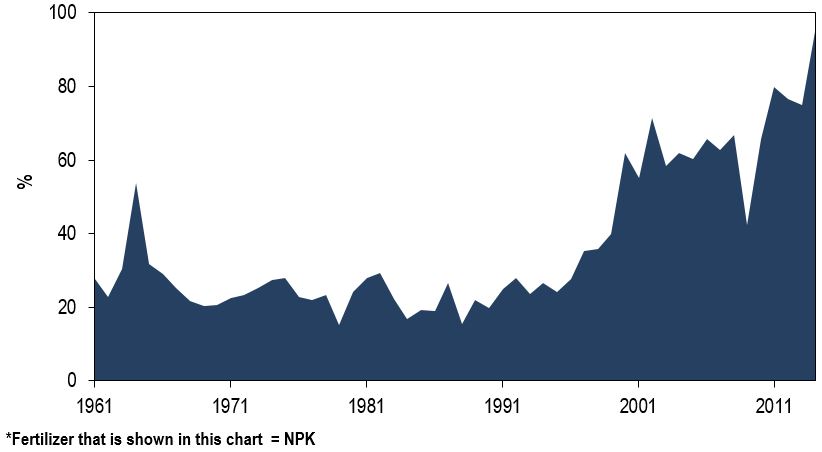 The currency exchange rates (R/US$) and shipping costs are also important determinants of the South African fertilizer prices. Therefore, the recent weakness of the rand to the US dollar has somewhat added to the increases in fertilizer prices, all adding pressure to farmers.

If we take maize, which accounts for roughly 41 percent of total fertilizer application in South Africa, we see that most key global producers are paying a far less price compared to local farmers. The good folks at BFAP keep track of the input costs of this commodity across leading global producing countries (see chart below). 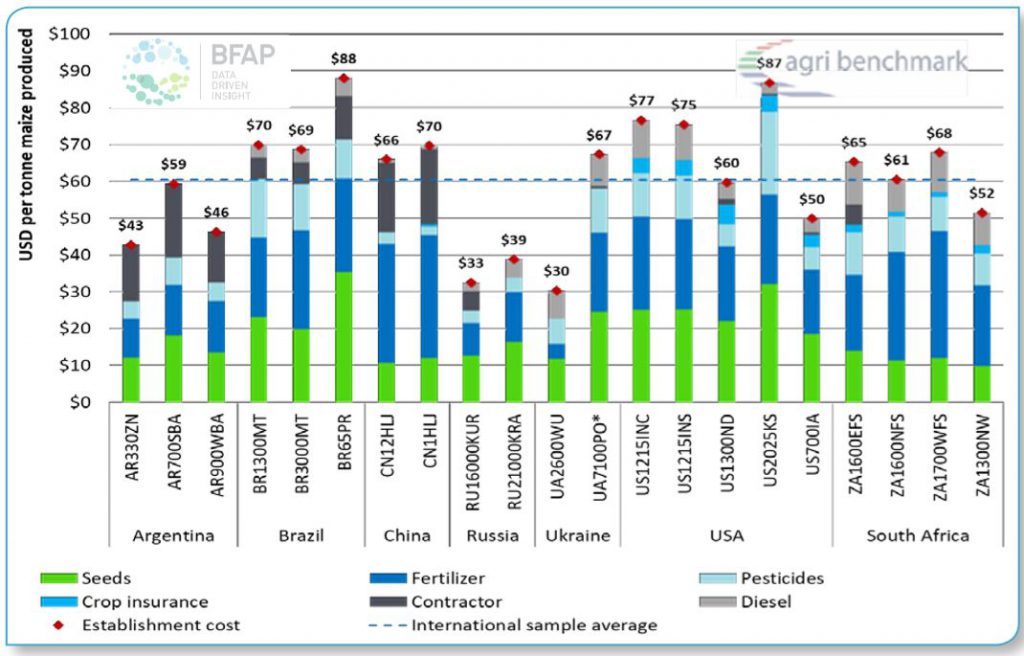 The aforementioned chart presents direct costs to produce a tonne of maize for various prototype farms in selected countries for the 2017 production season. The farm name is denoted by the country code, farm size and the region where the farm is located.

Furthermore, the diesel price could increase by more than one rand a litre on October 3rd, which will further increase input costs in planting. The impact will not only be limited in direct farming costs, but will also extend to the agribusinesses that operate in the transport and logistics industry. Roughly 75 percent of South Africa’s grain and oilseed are transported by road.

Overall, input cost increases are coming at a time when there is a slight recovery in agricultural commodity prices. One hopes that the increase in commodity prices will offset the uptick in input prices over time.