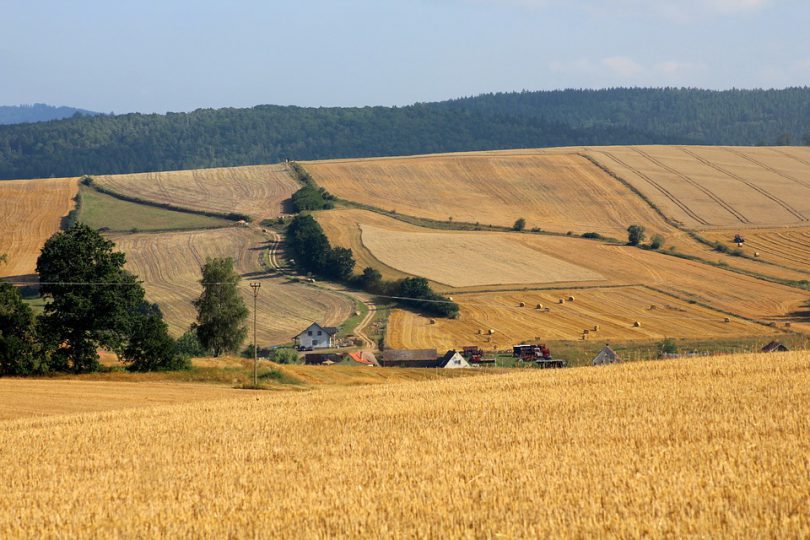 Yesterday I posted a tweet saying that the second quarter contraction in South Africa’s agricultural economy was largely due to tail-end effects of Western Cape drought and delayed summer crop harvest. This was followed by wide-ranging commentary, some agreeing with my sentiments, while others attributed the decline to the uncertainty regarding the ongoing land reform discussion.

Here is a bit of context before I delve into this. After contracting by 33.6% quarter-on-quarter on a seasonally-adjusted and annualised basis (q/q saa) in the first quarter of this year, the South African agricultural economy entered a technical recession in the second quarter following a further 29.2% q/q saa contraction.

So where does the Western Cape story come in?

The Western Cape mainly produces winter crops and high-value horticulture. The bulk of the winter crops such as wheat, barley and canola, together with summer fruits (stone fruit and grapes) are typically harvested in the period between November and March, which somewhat coincides with the first quarter agricultural economic data, with the tail end effects also mirrored in the second quarter numbers. The province experienced a decline in output due to the 2017 drought (see chart below).

Does the story end with the Western Cape?

Let me provide some numbers.

Does this mean the expropriation of land without compensation debate does not matter?

Of cause it does, but as I’ve briefly demonstrated, at this stage it has had minimal impact on growth numbers. What is clear, however, is the slightly growing despondency amongst agribusinesses and farming community, as mirrored in the Agbiz/IDC Agribusiness Confidence Index.

Agricultural analysts typically use the Agbiz/IDC Agribusiness Confidence Index to gauge the health of the South African agricultural sector, as well as the potential investment path. Ok, we are not just obsessed with “confidence”. The chart below shows that there is a good correlation between Agbiz/IDC agribusiness confidence and investment in the sector.

One data point that we observe closely, but is also not a perfect indicator of measuring investment reaction to policy changes in the short term, is the Gross Fixed Capital Formation. This declined by 3% year-on-year to R16.2 billion in 2017. This decline was largely on the back of unfavourable weather conditions in some parts of the country, which somewhat constrained investment. Going forward, however, policy uncertainty could further weigh on investment. In the meantime, we look at agribusiness confidence levels as a guide of investment path for the year.

In the second quarter of this year, the Agbiz/IDC Agribusiness Confidence Index declined from 58 index points in the first quarter to 54 (see Chart below). With the results still above the neutral 50-point mark, albeit having declined, this means that the agribusiness sector was still optimistic about business conditions in South Africa.

Be that as it may, the decline in confidence is concerning, as Agbiz pointed out in the official statement of the second quarter index results that ‘the uncertainty around land reform policy, particularly expropriation of land without compensation, remains a key risk that could potentially undermine investment in the sector. At this point, however, farmers are somewhat in a wait-and-see mode. We have not seen a notable dent in investments in the sector yet.’ Additionally, investment figures are not yet available for the period in which the debate escalated to be a major risk to the sector.

In closing, I believe the suggestions that the proposed expropriation without compensation policy affected the agricultural fortunes in the second quarter of this year, might be premature. Given the data presented in the aforementioned charts, I am of the view that the deterioration in confidence could lead to a decline in investment in the sector if uncertainty continues for longer around the proposed land reform policy. This will then affect growth, but in the coming year or so (depending on what happens during the planting period, which commences next month, amongst other factors at play).

A podcast discussion on this topic will be out this coming Friday, follow @Mzukisi_Qobo on Twitter for notifications on its publication.