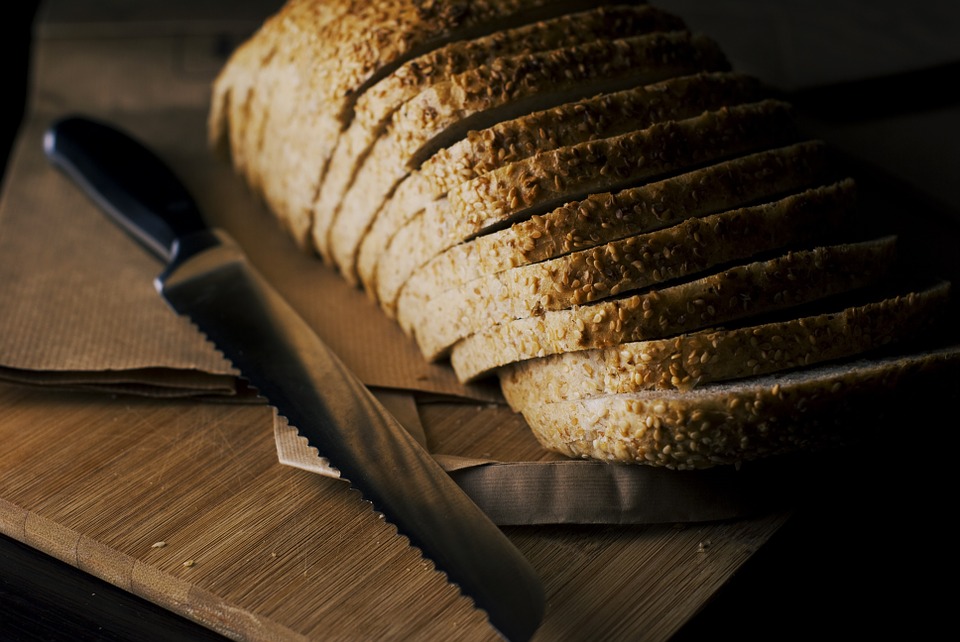 Regular readers of this blog will probably know that this is one of those posts that I update every month when new data comes out.

In June 2018, South Africa produced 186 million loaves of bread, down by a percentage point from the previous month.

Our bread basket is comprised mainly of brown, white, and whole wheat bread. But, brown and white bread are the most dominant, with a combined share of 99 percent of all commercial pan baked bread produced in the country. Brown bread commands 50 percent of South Africa’s bread production. White bread makes up 49 percent and the rest is whole wheat and other types of bread.

The overall number of loaves reaching our plates is expected to increase over the foreseeable future. But, who will be the key suppliers of wheat? Wheat plantings in South Africa have been steadily decreasing over the years. Between 1994/95 production season and 2018/19 production season, South Africa’s winter wheat plantings declined by 51 percent to 508 350 hectares. This decline could partially be attributed to the effects of climate change, which has resulted in many farmers, particularly in the Free State province, opting out of high-risk wheat production to other crops and farming activities.

As a result of the decline in production, coupled with growing domestic consumption, wheat imports have increased significantly. In the 2017/18 marketing year, which ends this month, South Africa’s wheat imports are estimated at 1.9 million tonnes, up from 681 559 in the 1994/95 season. This accounts for nearly two-thirds of local wheat consumption (see chart below). 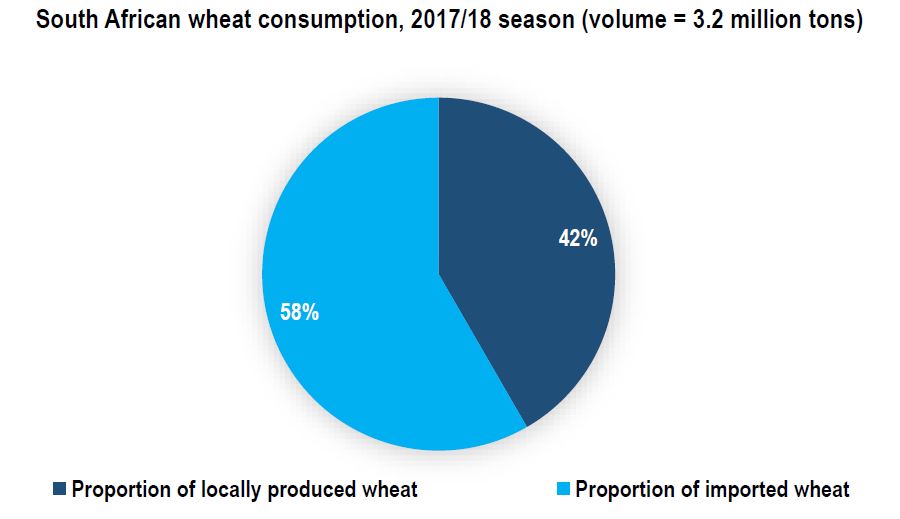 Proportion of imported and locally produced wheat in SA conumption

As I pointed out in the previous blog entry, about 99 percent of this has already landed on our shores. The leading suppliers were Russia (36% share – largest supplier thus far), Germany, Lithuania, Argentina, Latvia, Ukraine, Romania, the United States and Canada, amongst others.

In the short to medium term – South Africa will remain dependent on wheat imports, despite the expected annual recovery in production in the 2018/19 production season. Yesterday the national Supply and Demand Estimates Committee placed its estimates for 2018/19 wheat imports at 1.4 million tonnes, down by 26 percent from the previous season, and less than our estimates of 1.6 million tonnes.