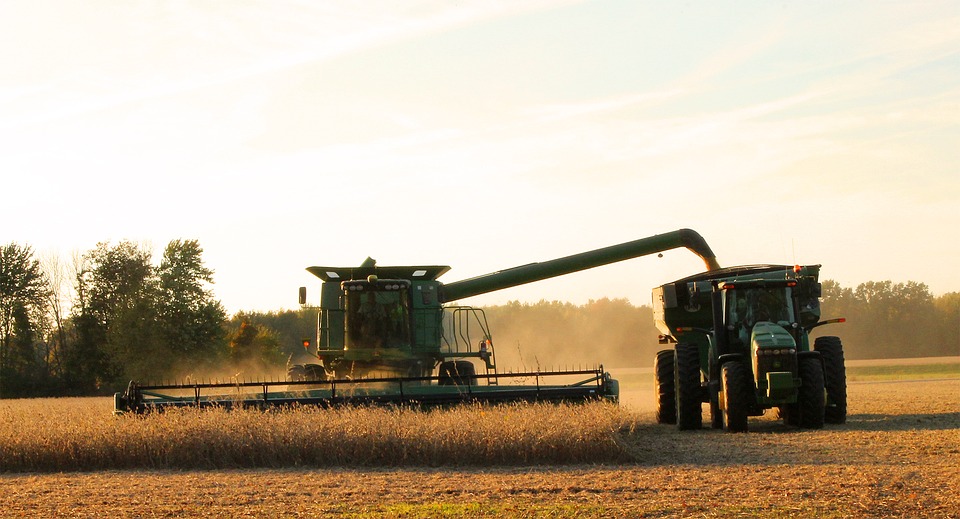 At this time of the year in the agricultural markets, the harvest prospects for the northern hemisphere and weather forecasts for the southern hemisphere are typically discussed, as the 2018-19 planting season is fast approaching for the latter.

But this time around the typical discussion has been eclipsed by the uncertainty in the global trade environment caused by the trade dispute between the US and China.

One of the commodities that has dominated the headlines is soya beans, following the introduction of retaliatory tariffs by China. This is important because the US and China are key players in the market. In 2017 the US was the world’s second-largest exporter of soya beans after Brazil, accounting for 37% of global soya bean exports, according to data from Trade Map. The major destination of these exports was China. In fact, over the past five years about two-thirds of US soya bean exports were absorbed by China.

The retaliatory tariffs hence caused much discomfort in the US farming community. In an article in the New York Times on August 2, an Ohio farmer, Christopher Gibbs, was quoted as saying: “I am a soybean farmer hurt by Trump’s trade war. I can’t take it.” It is understandable that Gibbs feels this way, given how critical a market China is to the US.

The trade war uncertainty is partially reflected in global soya bean prices, which have declined from levels earlier in 2018. Soya beans are trading at about $350 a ton. For context, however, the decline is not significant yet; it is still only about 5% year on year. The expected improvement in global soya bean production to 367Mt has added pressure to the market.

Over the past few weeks some industry analysts have argued that China might remain a key buyer of US soya beans despite the trade dispute because of its growing consumption and the world supply structure. However, the communication from the Chinese authorities in the week of 17 August 2018 painted a different picture, suggesting the country will be able to cover demand for animal feed and vegetable oil without relying on US soya imports. China claims it will use supplies from South America and alternative oilseeds.

This is good news for South American farmers, which are expecting large soya bean harvests in 2018-19. Soya bean production in Brazil and Argentina is estimated at 121Mt and 57Mt, respectively, according to data from the US department of agriculture.

The International Grains Council also noted that China has expanded the use of low-protein animal feed formulas, which could potentially reduce its soya bean imports by 5Mt in the 2018-19 season.

Moreover, China’s imports of canola and sunflower meal are expected to increase this season and potentially substitute 6Mt of soya bean meal. A number of agencies and analysts have revised their forecasts for China’s soya bean imports downward since the introduction of retaliatory tariffs.

China National Grain and Oils Information Centre placed its 2018-19 import estimate at 94Mt last week, 9% lower than the estimates presented earlier in 2018. This is not because of a decline in domestic consumption but rather a function of its trade war coping mechanisms.

Fortunately, SA soya bean farmers are in a better position than Gibbs, the Ohio farmer. Local prices have declined marginally, mainly due to an expected record soya bean harvest of 1.6Mt. The silver lining on this trade war cloud is that SA feed manufacturers, and consequently the livestock sector, will benefit from lower global soya bean prices. Keep in mind that SA remains a net importer of soya bean meal, with 2018 imports estimated at just less than 500,000 tons.

Written for and first published on Business Day on 16 August 2018.