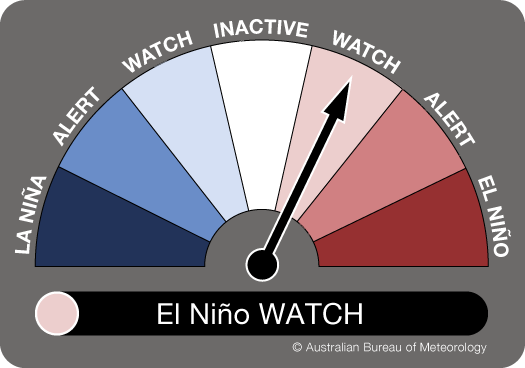 In my previous blog entries, I mentioned a possibility of an El Niño event towards the end of this year, heading into 2019. This was according to estimates from the International Research Institute for Climate Society at Columbia University and the South African Weather Service.

While in some countries in the northern hemisphere an El Niño weather phenomenon typically leads to flooding, for South Africa it usually leads to droughts. This could negatively affect the agricultural sector, as evidenced in the 2015-16 drought periods. See chart below for the global impact of El Niño. 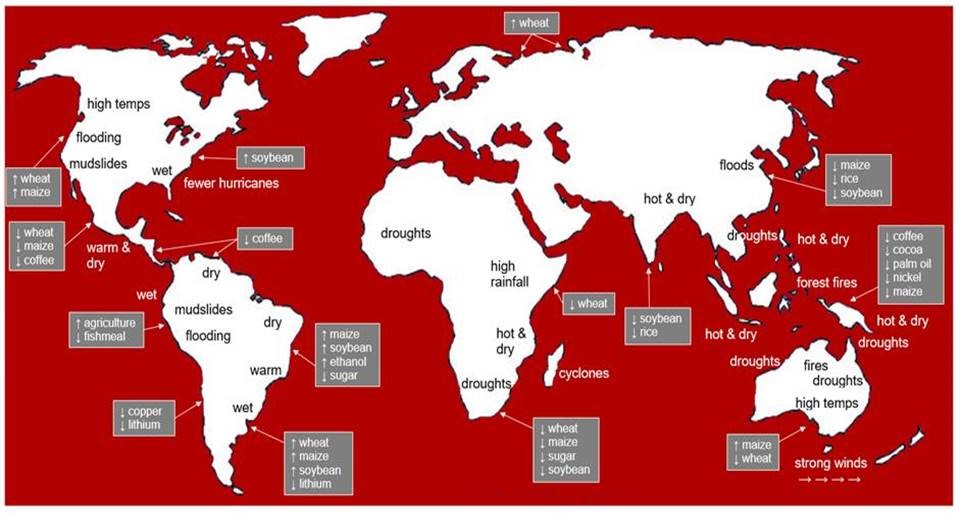 El Niño Impact Across the Globe

With South Africa’s summer crop production season set to commence in two months, the weather will be a key focus in the period between October 2018 and November 2019 – the summer crop growing period.

‘The El Niño–Southern Oscillation (ENSO) is currently neutral. While the tropical Pacific Ocean has cooled in the past month, most climate models suggest this is temporary and that warming will resume in coming weeks. By the end of the year, seven out of eight models suggest El Niño thresholds will be reached. Atmospheric indicators of ENSO, including the SOI, also remain neutral.

El Niño WATCH means that there is approximately a 50% chance of El Niño developing in 2018, which is about twice the normal likelihood. History shows that when the ENSO Outlook reaches El Niño WATCH, El Niño has developed in half of those years. Hence, El Niño WATCH is not a guarantee that El Niño will occur; it is an indication that some of the typical precursors of an event are in place.’

I will keep a close eye on the developments over the coming months in order to ascertain the impact of this on next season’s crop production. In the near term, this will possibly have minimal impact on agricultural commodity prices until there is some level of confidence or clarity on the estimates, which should be in the space of a month.

For South Africa’s staple crops such as maize, the country’s supplies for the 2018/19 marketing year are in good shape, estimated 16.7 million tonnes, which is well above the local demand of 10.8 million tonnes. This could keep SAFEX maize prices at relatively lower levels in the near term.