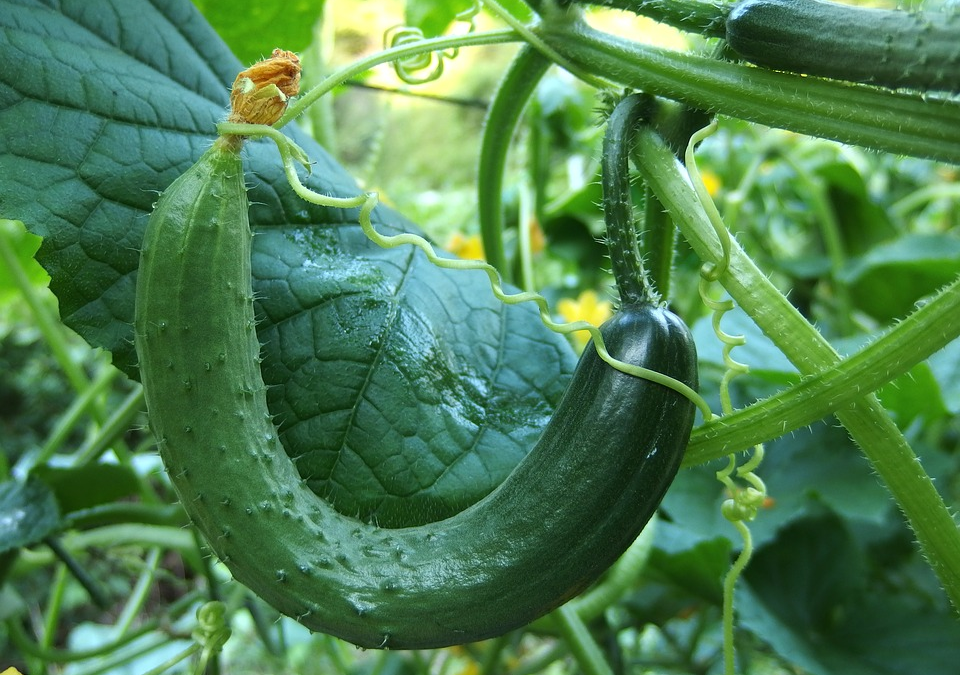 Today I am working off-site in a small coffee shop in my neighbourhood. I’ve just ordered coffee and asked also for a glass of water. For some reason, the waiter brought water, saturated with cucumbers and lemon, which was not what I longed for, but it was surprisingly refreshing. (Thanks to him).

Anyway, this reminded me of a post I shared a few months back about the history and production trends in South Africa of this widely cultivated “vegetable”, related to both the melon and squash families, which is technically a fruit.  So, I will re-post it as a way to celebrate this ‘cucumber-laden glass of water’.

In terms of history, it is unclear when this crop was first introduced in South Africa. But, its origin can be traced from South Asia between the Bay of Bengal and the Himalaya. In terms of production, however, China is on the lead, accounting for 77 percent share of global cucumber production in 2016, according to data from the Food and Agricultural Organization of United Nations.

Trailing behind China is Russia, Turkey and Iran, each respectively accounting for 2 percent share in global production.

As you can imagine, South Africa is not a very big producer of cucumbers. Our production accounts for 0.03 percent of global output. With that said, South Africa’s cucumber production has increased significantly in the recent past, partially driven by an uptick in consumption – not sure if in salads or gin and tonic – you never know these days.

Overall, South Africa is a net exporter of cucumbers, mainly destined to the neighbouring countries.

In terms of South Africa’s market structure, the cucumber industry uses fresh produce markets, restaurants, processors, wholesalers and retailers as channels of marketing of their products.