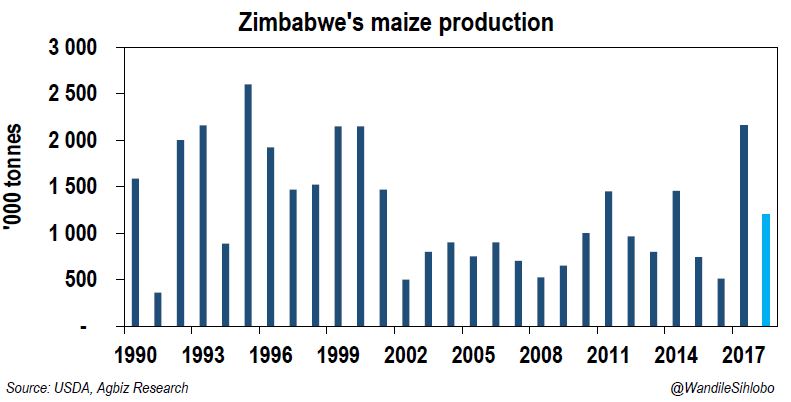 On Fridays I try to search for positive developments in the South African and regional agricultural sector, sometimes without success, to share in this blog. Today I will put the spotlight on Zimbabwe’s maize industry.

If the Zimbabwean Grain Marketing Board is to be relied upon, the country has about 500 000 tonnes of maize stock from the previous season. This means the total supply for the 2018/19 marketing year could amount to roughly 1.7 million tonnes.

Given that Zimbabwe’s annual maize consumption could vary between 1.8 and 1.9 million tonnes, the country will need to import a small volume of maize to supplement domestic supplies.

This means the Zimbabwean government will have to lift the maize import ban that has been in place since June last year. This presents a small window of opportunity for South African farmers and traders to exploit.

The bottom line is that Zimbabwe might not need as much maize as we anticipated in the past couple of months, therefore South Africa will have to look further afield for white maize export markets.

Fortunately, the volume available is not too large – it’s about 720 000 tonnes. The rest of the estimated 2.4 million tonnes of maize exports for 2018/19 marketing year is yellow maize, which should flow to the world market.