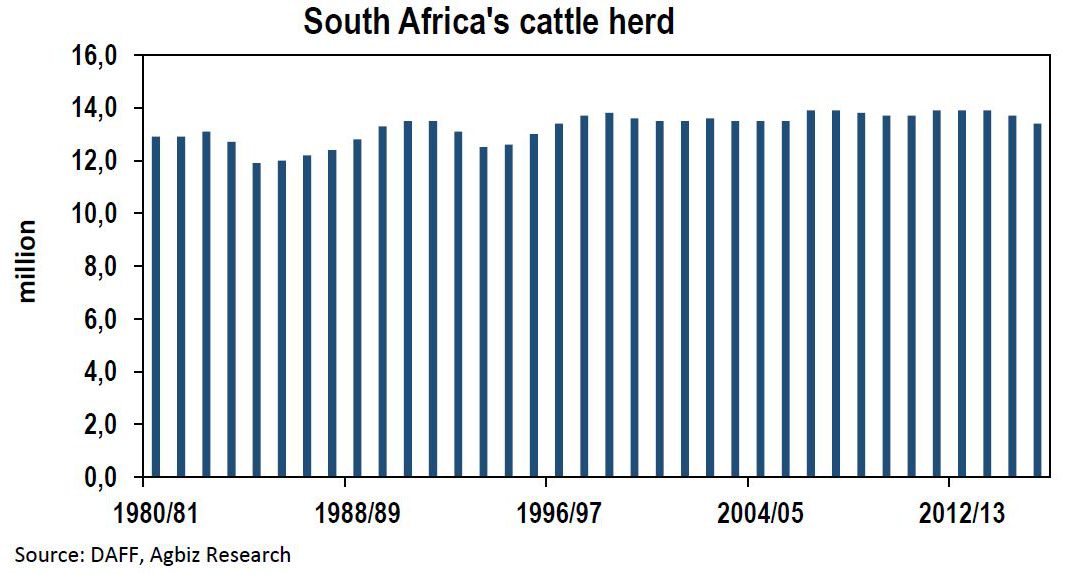 The South African cattle industry is characterized by dualism — a well-developed commercial sector and an informal sector consisting of many communal subsistence farmers and a growing number of emerging farmers.

In 2016, the South African Department of Agriculture, Forestry and Fisheries estimated the national cattle herd to be about 13.4 million (see featured image). About 60 percent this herd is owned by the commercial farmers while the emerging and communal farmers account for the remaining 40 percent.

It is also worth noting that beef production accounts for about 80 percent of the total national cattle herd, while the balance is for dairy production.

*For a nice brief overview of this sector, read the USDA (2018), South African Beef Imports Expected to Remain Flat in 2018.