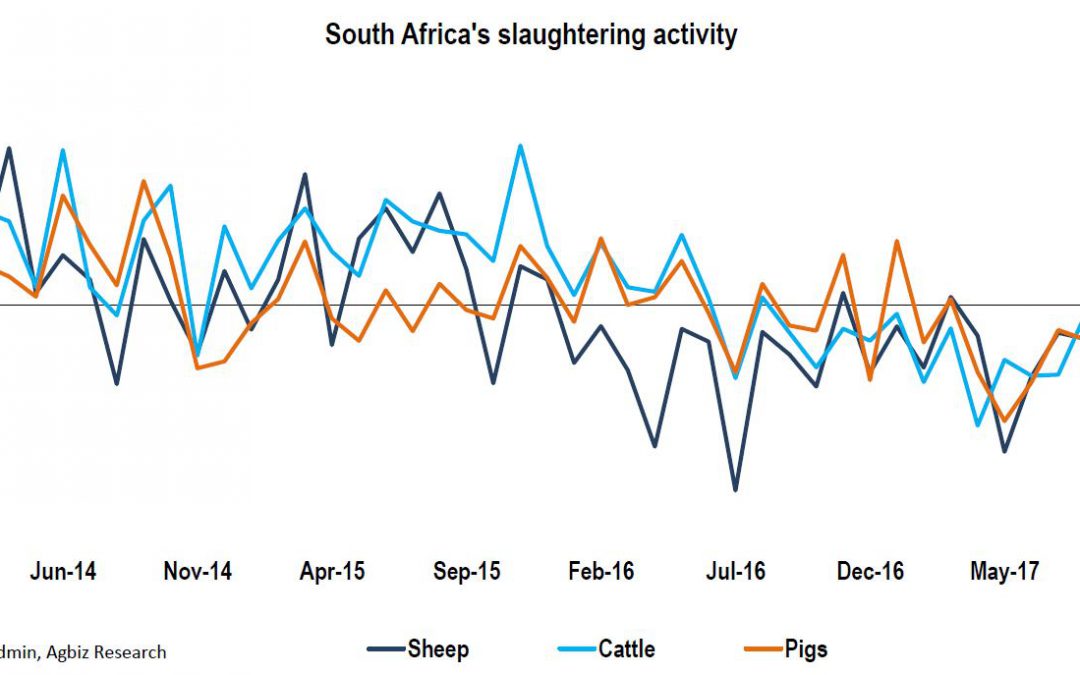 The 2015-16 drought led to higher slaughtering activity in livestock industry (cattle, pigs and sheep) as farmers struggled to feed their stock amid higher feed costs, coupled with drier pastures. With the drought now behind us (with the exception of the Western Cape province), farmers have started rebuilding their herds.

Moreover, the relatively lower maize and soybean prices, as well as a good recovery in pastures have provided a conducive environment for the livestock rebuilding process. This, however, has led to a decline in slaughtering activity in almost all the aforementioned subsectors (see featured image).

Above all, these slaughtering dynamics partially explain why meat inflation remained stickier in 2017. This year’s meat price inflation will again partially be influenced by the path of this slaughtering activity.

One will have to monitor these developments over the coming months in order to see if the current trend persists for longer or shows improvement, and thereafter ascertain the impact on prices.