SA Soybean Oil and Oilcake Imports on a Decline, But Crushing Plants Not Yet Functioning at Full Capacity 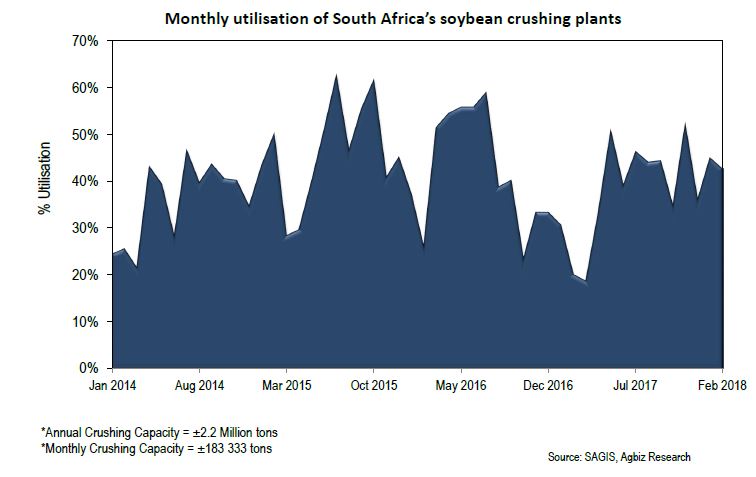 One of South Africa’s key objectives behind the expansion of the soybean crushing plants was import substitution of soybean oil and oilcake. The country has made notable progress on both products as imports have been on a decline in the past few years due to an increase in domestic production.

Over the past two years, the sector has utilised, on average, about 40 percent of its monthly crushing capacity due to a combination of factors, which include relatively lower domestic soybean supplies, amongst others.